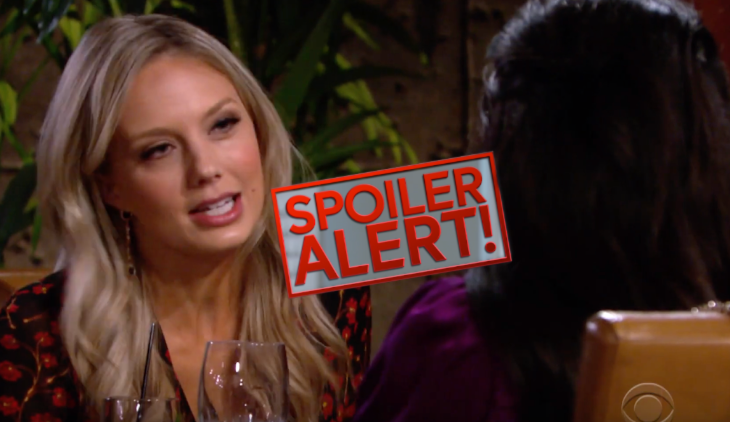 “Young and the Restless” spoilers for Monday, February 4, tease that Victor Newman (Eric Braeden) will discover something shocking. At the ranch, the gang follows the sound of Katie Abbott’s (Sienna Mercuri) voice and frees her from the wall panel. Once Katie is out, Victor peeks in and can see all the surveillance equipment. He realizes someone’s been watching and listening closely.

Billy Abbott (Jason Thompson) chats with Katie before filling everyone in on what he’s learned. Victor, Nikki Newman (Melody Thomas Scott), Victoria Newman (Amelia Heinle) and Nick Newman (Joshua Morrow) all hear about Katie’s fun with her friend. They’ve been hanging out in the walls for a week and Katie’s loving it. She drew a picture, which obviously isn’t enough for identification.

However, Victor feels like he knows the man behind this. Since it’s clearly a security expert who knows the ranch, Victor suggests J.T. Hellstrom (Thad Luckinbill) himself. They all debate whether J.T. could’ve faked his own death.

Billy: "I cannot lose Katie like I lost Delia. Do you understand me?" Go off! #YR pic.twitter.com/5pXVDMQzlS

After Billy leaves with Victoria, Nick asks Nikki if she thinks it could be true. Nikki confesses that the idea has crossed her mind. She doesn’t see how J.T. could’ve survived being buried alive, but Nick considers the possibility that J.T.’s still out there somewhere. If he is, Nick wants to find him and prove there was no murder.

At home, Victoria’s grateful for all of Billy’s support. He’d like to be friends again, but Victoria insists they already are. The exes share a warm moment as they reflect on getting through this ordeal. At Rey Rosales’ (Jordi Vilasuso) apartment, he lets work wait for a while and gets busy with Mia Rosales (Noemi Gonazelz). They’re pleased that their relationship’s going in the right direction again.

After a steamy session, Mia reveals that she’s going to have a drink with Abby Newman (Melissa Ordway) later. Rey is taken aback, but Mia suggests that they’re going to play nice. At the athletic club, Mia indeed meets with Abby. They sip their cocktails and get down to the nitty-gritty of what’s happening here.

Abby notes that after Mia came to Genoa City, she made her affair known with Arturo Rosales (Jason Canela) known. Mia argues that she had to do something to repair things with Rey. She feels like a little pot-stirring was helpful.

They switch the topic to the vow renewal, where Arturo proposed to Abby. Mia mentions the old rivalry between Arturo and Rey, but Abby doesn’t think the competition was a factor. She’s certain that’s not why Arturo popped the question. Next, Mia encourages Abby to have a big, flashy wedding. She seems to know exactly what Arturo would or wouldn’t want, so Abby calls Mia out for talking about him so much.

Next week on #YR, Summer talks to Kyle about Lola, Abby and Mia try to bond, Sharon discovers a shocking email, and Nikki declares that she has an announcement. pic.twitter.com/0ZcHAEQeGX

Since Mia seems so fixated on Arturo, Abby points out the obvious. It feels like it’s a situation where Mia can’t have Arturo, so she doesn’t want anyone else to have him either. Abby praises herself as the better choice for Arturo, which leads to Mia’s comment about Abby’s insecurities. The fierce Newman makes it clear that her father has taught her well, so she won’t let Mia’s jealousy stand in her way.

At the police station, Sharon Newman (Sharon Case) talks to Rey about their friendship and eventually the J.T. case. She finds out the cops still need more evidence, so she goes to Dark Horse and passes along the news to Nick. He learns that Christine Williams (Lauralee Bell) and Rey may not have enough to score a conviction, so he’s thankful that Sharon told him. They’re on the same page about not keeping secrets anymore.

“The Young and the Restless” spoilers say the excitement will continue to build in Genoa City. We’ll give you updates as other Y&R details and rumors emerge. Stay tuned to see what’s ahead on the CBS soap.