Young and the Restless Spoilers: Did The Rosales Family Replace The Winters? 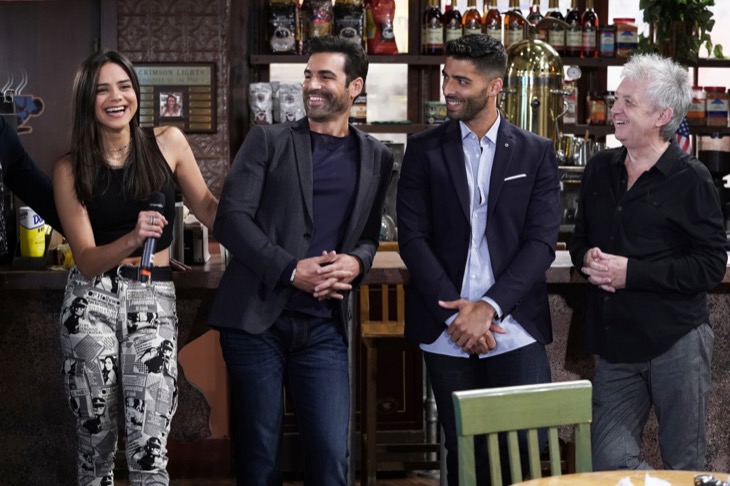 The Young and the Restless (Y&R) fans have been vocal in their dislike for the new Genoa City family, the Rosales’. Even though the viewers are not happy with the new edition, the writers keep pushing them on the show. They are in nearly every single storyline. They are in so many storylines that many have wondered if they are replacing the Winters family.

Where is Y&R Neil?

Neil (Kristoff St. John) has been off the canvas for a few weeks, at least. Cane (Daniel Goddard) hasn’t had a real storyline –until this week—in a long time. Lily (Christel Khalil) was supposed to return briefly, but she hasn’t yet. The only one that appears regularly is Devon (Bryton James).

The Rosales family, however, is intertwined in every storyline. Rey (Jordi Vilasuso) is going hard to arrest and make charges stick against Victor (Eric Braeden). Arturo (Jason Canela) is dating Abby (Melissa Ordway). Lola (Sasha Calle) is embarking on a love triangle between Kyle (Michael Mealor) and Fen (Zach Tinker). And Mia (Noemi Gonzalez) is busy trying to rekindle the romance in her marriage to Rey while finding her place in Genoa City.

Will The Winters Family Disappear?

One of the Y&R fans biggest fears is the Winters family will disappear. They worry that we will see less of the Winters and more of Rosales family, until there is no more Cane, Lily, or Neil. While the fear is understandable, it isn’t going to happen.

St John revealed that Neil will be coming back with a big storyline soon. He didn’t reveal when exactly but assured fans that good things are coming. When Josh Griffith takes control, Kristoff and other veteran actors believe the show will drastically approve.

Do you like the Rosales family? Don’t forget to come back later for more Young and the Restless (Y&R) spoilers, news, and casting updates!