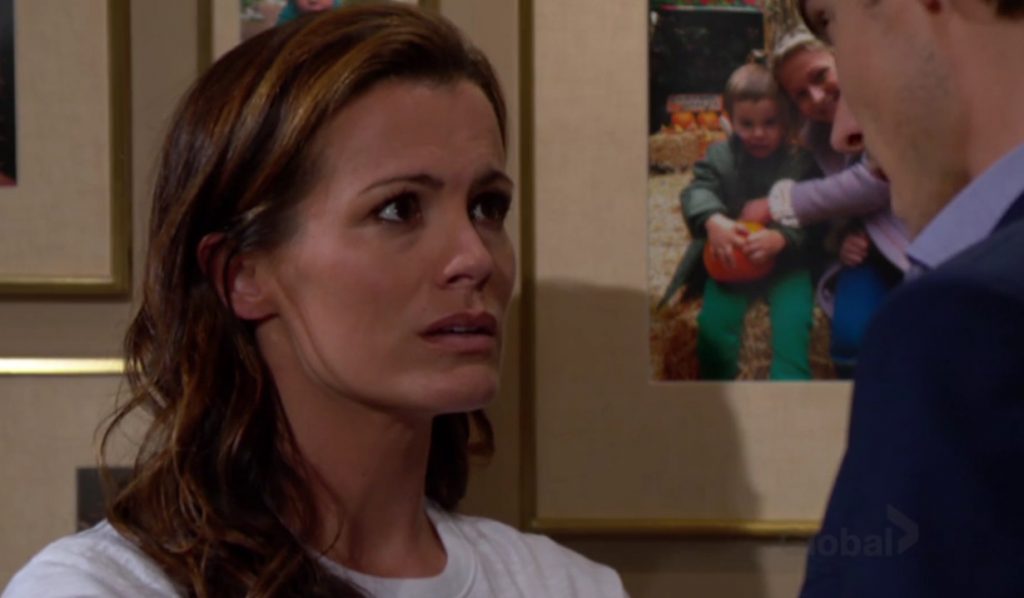 The Young and the Restless spoilers tease that Chelsea Boudreau’s (Melissa Claire Egan) unexpected financial bounty will make her a player in Genoa City, Wisconsin. With no need to rely on others for cash, or fallback on her con games of the past, Chelsea has moved into in a much stronger position to take on Adam Newman (Mark Grossman), who will be undaunted by the developments of his one-time wife.

It’s challenging to definitively tag Chelsea as Adam’s ex-wife. Is she really that, considering his never-dead status?

Of course the legal rules of real life are loosely applied within the soapy world. Suffice it to say, Chelsea is currently using Boudreau as her last name now, but on Y&R’s cast list page she still goes by Newman.

Adam was fixated upon establishing a relationship with the son he had with Sage Newman (Kelly Sullivan). While the Christian Newman (Alex Wilson) custody decision is playing out, Adam is also interested in gaining control of his first-born child.

Chelsea’s well-intentioned take of their son, Connor Newman (Judah Mackey), didn’t go as she hoped. While Adam was momentarily grateful that Chelsea brought Connor to see him at the penthouse on his son’s first day back in town, he quickly shifted into high gear. Yes, he made yet another unreasonable demand.

Adam’s belief that Connor should live with him full-time is based on the plot point that the young man has been under Chelsea’s care for the past three years. But Adam’s latest self-involved instinct doesn’t take into account gratitude or compassion for Chelsea.

Highlighting Calvin Boudreau’s (John Burke) surprising and lavish generosity, Chelsea was gifted with many millions of dollars and a college fund to aid Connor in the years ahead. She’ll use some of her own stash to become part-owner of The Grand Phoenix Hotel, which means that Chelsea and Phyllis Summers (Michelle Stafford) will be business partners.

Chelsea’s decision is one made for varying reasons, considering that Phyllis already has it in for Adam. In addition to establishing herself as a noted business owner in GC, Egan’s character will seek to take advantage of collaborative efforts that she and Phyllis can project toward all things anti-Adam.

Chelsea is hardly foolish, as she knows what this type of step will mean. The battle with Adam won’t be won based on Calvin’s money alone. But having that amount of bank increases Chelsea’s potential to remain in control of her life and that of her son’s.