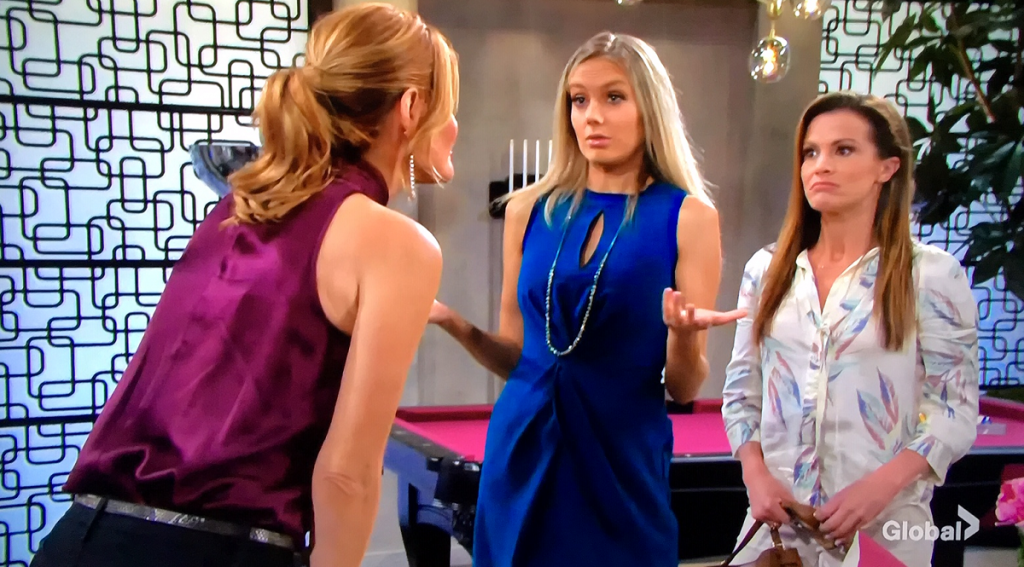 The Young and the Restless (Y&R) spoilers tease Chelsea Newman (Melissa Claire Egan) and Abby Newman (Melissa Ordway) prepare for their moment to shine at The Grand Phoenix Hotel’s opening night. Little do they know, Phyllis Summers (Michelle Stafford) still has a few tricks up her sleeve and the night will end in complete disaster.

Abby’s biggest mistake was when she taunted Phyllis about the hotel. And, to make matters worse, Summer Newman (Hunter King) will be covering the opening night alongside Theo Vanderway (Tyler Johnson).

Phyllis cannot help but feel betrayed by everyone she knows. Her own daughter will be working for Abby and Chelsea, which only fuels her drive for payback. Here’s what you need to know about what’s coming up on Y&R.

Young And The Restless Spoilers – Abby Newman Clueless To Vengeance

Abby has no clue what kind of fury Phyllis is about to release on her. She thinks that she has outsmarted her. Little does she know, Phyllis is only licking her wounds and she will be coming back with a vengeance.

Chelsea, on the other hand, has a more complicated history with Phyllis. Y&R viewers will recall that Chelsea skipped town after stealing thousands from Fenmore’s. Chelsea knows that the red-headed bombshell could have more reasons than the hotel to come after her.

The women make sure everything is set up for the big night. Chelsea checks to make sure they have enough security, as they don’t want anyone messing up their big night. Abby is hoping it will be as big of a hit as Society.

The one thing that the Y&R fans are on the edge of their seat about is what Phyllis’ next move will be. Everyone knows that she will not take this betrayal well and it’s only a matter of time before she snaps.

While Phyllis has gotten wiser and she isn’t so quick to make a rash decision, she will push back if she feels threatened. Opening night is a success, but the Y&R buzz is that chaos will erupt at some point. Will Phyllis do something to cause a stir at the hotel’s opening?