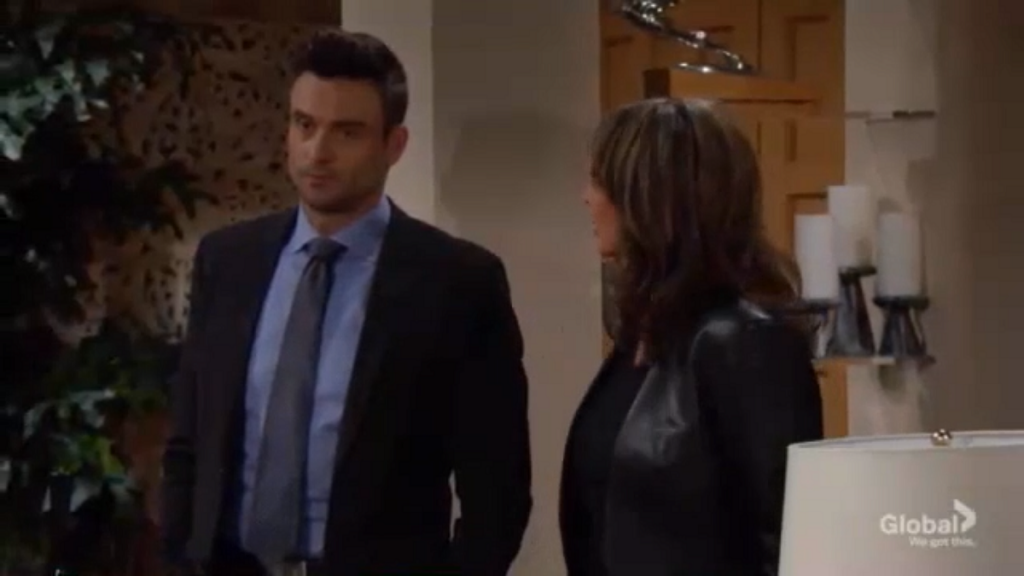 The Young and the Restless (Y&R) spoilers tease that Cane Ashby (Daniel Goddard) will return to the CBS soap opera with a sinister plan. On Monday’s episode, Cane will show up for support for Devon Hamilton (Bryton James), but the Y&R fans wonder if there’s more to his return to Genoa City.

But that’s not the real reason that Cane is back in town.  Apparently, he is there to see Devon and Jill Abbott’s (Jess Walton) face when they learn that he is the rightful heir to half of Katherine Chancellor’s (Jeanne Cooper) estate, totally nearly $2.5B.

It will send Devon over the edge and could put Cane in a tight spot.  Here’s what we know about what’s coming up on Y&R.

The week begins with Devon meeting Amanda Sinclair (Mishael Morgan) and his attorney, Britney Hodges (Lauren Woodland) in his penthouse.  Jill and Cane show up for support a few minutes later.

Amanda says that she was shipped a copy of the real will and she will read it.  Britney wants to validate it; which Sinclair reassures her that she will get that chance.  Young and the Restless spoilers state that Amanda reveals that Devon was supposed to share a quarter of the estate with several people and Cane was the heir who should have received half her estate.

This is a complete shocker and Cane pretends to be shocked as well.  He claimed that he was there for support, but clearly, Devon will begin to question his motives now.

The biggest question in this is if Cane is Chance Chancellor (John Driscoll) secret partner.  Y&R spoilers tease that he was working with someone in Genoa City and from the looks of it, that could be Cane.

According to Soap Opera Digest, Devon will confront Cane next week and demand to know why he is working with Chance on the will situation.  Reportedly, Cane will say that he isn’t working with anyone and he’s as shocked as Devon but is he telling the truth?

It sounds like there is some exciting stuff coming up in the next few days.  Be sure to keep watching CBS to find out what happens next.

Days of Our Lives Spoilers: If Julie Gets Stefan’s Heart, Could That Mend Her Relationship With Gabi?