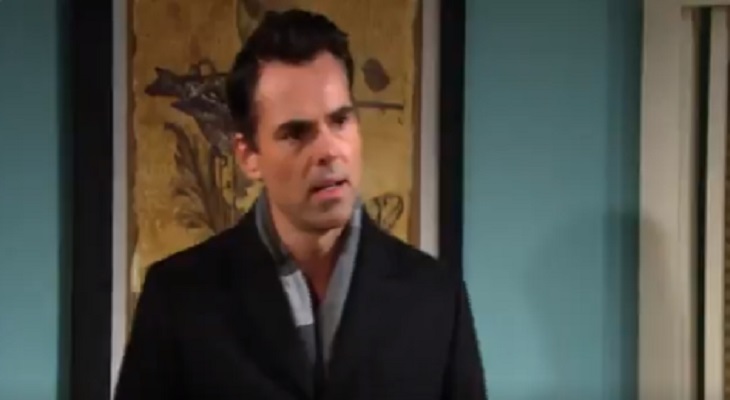 Young and the Restless (Y&R) spoilers for the week of January 21 reveal that Billy Abbott (Jason Thompson) will take his vendetta against Cane Ashby (Daniel Goddard) to the next level. He will do whatever it takes to drive a wedge between Cane and Victoria Newman (Amelia Heinle).

Young And The Restless Spoilers – Billy Out For Blood

Billy is convinced that Cane took advantage of Victoria, and that’s why she wants to be with him. Victoria tries to reason with Billy, adding that she isn’t sure how she feels about Cane. She tells Cane to leave her house so she can sort things out with Billy. She is worried things will get out of hand if she doesn’t defuse the situation with her ex.

Cane rushes to Devon Hamilton (Bryton James) and begs him to let him use his jet to see Lily Winters (Christel Khalil). Devon refuses to let him use his jet. Cane angrily leaves and hops into his car to speed to the prison to tell her about the kiss with Victoria. He knows after everything they have been through, he cannot lose her over a silly kiss that meant nothing to him.

Young And The Restless – Billy Gets The Upper Hand

Billy jumps on Jabot’s corporate jet and he flies to the prison. While Cane is driving faster, Billy arrives at the prison a little earlier. By the time Cane gets there and checks into to see his wife, she has a visitor waiting for her—Billy.

Billy is out for revenge today on #YR. pic.twitter.com/wKrhNliByB

Of course, that gets under Cane’s skin. The show is setting the scene for an explosive fight between Cane and Billy. It will not be pretty with Lily and Victoria in the middle. Do you think Lily will forgive Cane?

Bold And The Beautiful Rumor: Steffy Feels Guilty, Sends Flo And Her Baby To Hope And Liam