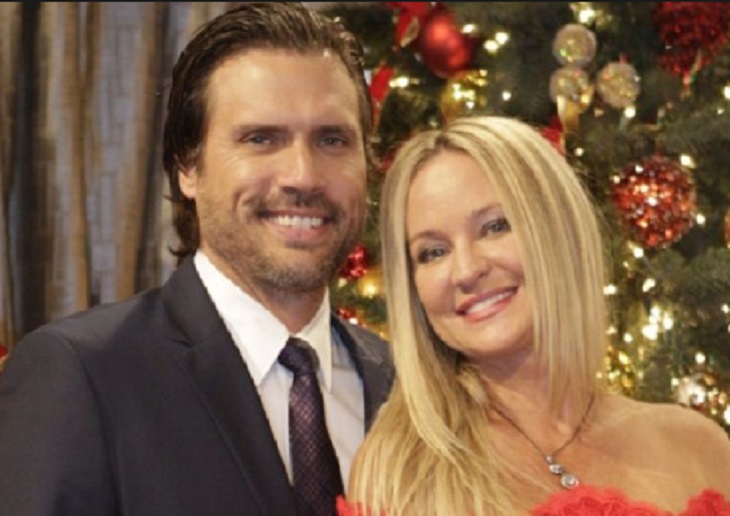 The Young and the Restless (Y&R) stars Sharon Case (Sharon Newman), Jess Walton (Jill Atkinson) and Joshua Morrow (Nick Newman) reveal what it is like to work on the show. They talked about what is like working with Eric Braeden and how it feels to work on the show for 20 to 30 years.

The Big Impact Of The Show

Jess Walton said that one thing she noticed right away is how the storylines all impact each other. She said it surprised her at first how one storyline could affect the lives of all the characters on the show. And, she said, sometimes the smallest occurrence will have the biggest impact.

Young And The Restless – Joshua And Sharon

Joshua said that he has been working with Sharon for 25 years. He remembered when he first met Sharon. She was doing her screen test and they had to “make out.” He said it was a great day for him because he got to make out with five gorgeous blondes.

Sharon commented on how lucky they are that the Shick fans are so loyal. She knows they don’t like it when Nick and her alter ego are not together. She said that one day, maybe, Nick and Sharon will get married again.

Working with Eric Braeden On Young And The Restless

Morrow said working with Eric is amazing. He said he is an icon and such a great actor, but he’s also very gentle and funny. He said that once he starts laughing, the whole cast will start rolling. Sharon agreed that Braeden is the set comedian.

About JT coverup, Case teased there is a crack in the foursome’s pact and it will probably come out soon! Don’t forget to come back later for more The Young and the Restless (Y&R) spoilers, news, and casting updates!

Bold and the Beautiful Spoilers: Bill And Katie Reconnect While Liam And Hope Start To Crumble