The Young and the Restless rumors indicate that Arturo Rosale’s (Jason Canela) stay in Genoa City will come to a tragic end.

Earlier this week, it was announced that Jason Canela was leaving Y&R. The actor made his debut last year when his character Arturo began an affair with Nikki Newman (Melody Thomas Scott). After their affair ended, Arturo began dating Nikki’s stepdaughter Abby Newman (Melissa Ordway).

But Arturo and Abby’s relationship experienced problems when his sister-in-law Mia Rosales (Noemi Gonzalez) came to town. Mia revealed she and Arturo had an affair, which resulted in the end of her marriage to Rey  Rosales (Jordi Vilasuso). Even though Mia and Rey reconciled, it was obvious Mia wasn’t over Arturo as she began meddling in his relationship.

With the recent revelation that Arturo once again slept with Mia, Abby dumped him and Rey is furious with his younger brother. Not only has Arturo lost Abby and Rey, but he’s also out of a job. 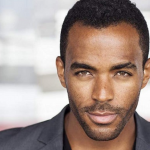 However, that may not be the end of Arturo’s troubles. Speculation is that Arturo’s exit will be when the younger Rosales brother is murdered.

If Arturo is killed, it will open up an investigation into who killed him and there would be two main suspects.

Young And The Restless Spoilers – Who Killed Arturo Rosales Storyline?

The first suspect would be Abby. She went off the deep end when she learned of his infidelity. She smashed his truck with a hammer, and she may use the weapon on him if her anger spirals out of control.

The next suspect is Mia. Mrs. Rosales has been acting crazy when it comes to Arturo and Abby. With the two finally over, Mia thinks she and Arturo will be together. However, Arturo assured Mia he has no intentions of being with her, which left Mia fuming.

Young And The Restless #YR Spoilers: J.T.'s Explanation Is Redemptive – Can Fans Forgive Him? @celebratesoaps https://t.co/6Y5icLkfVR

Mia has shown that she’s a dangerous woman. She kicked her sister-in-law Lola Rosales (Sasha Calle) in the back, causing her to fall into the Abbott pool. She thought Lola was Abby and the incident left Lola fighting for her life. Will Mia’s fury over being scorned by Arturo lead her to seek revenge on him?