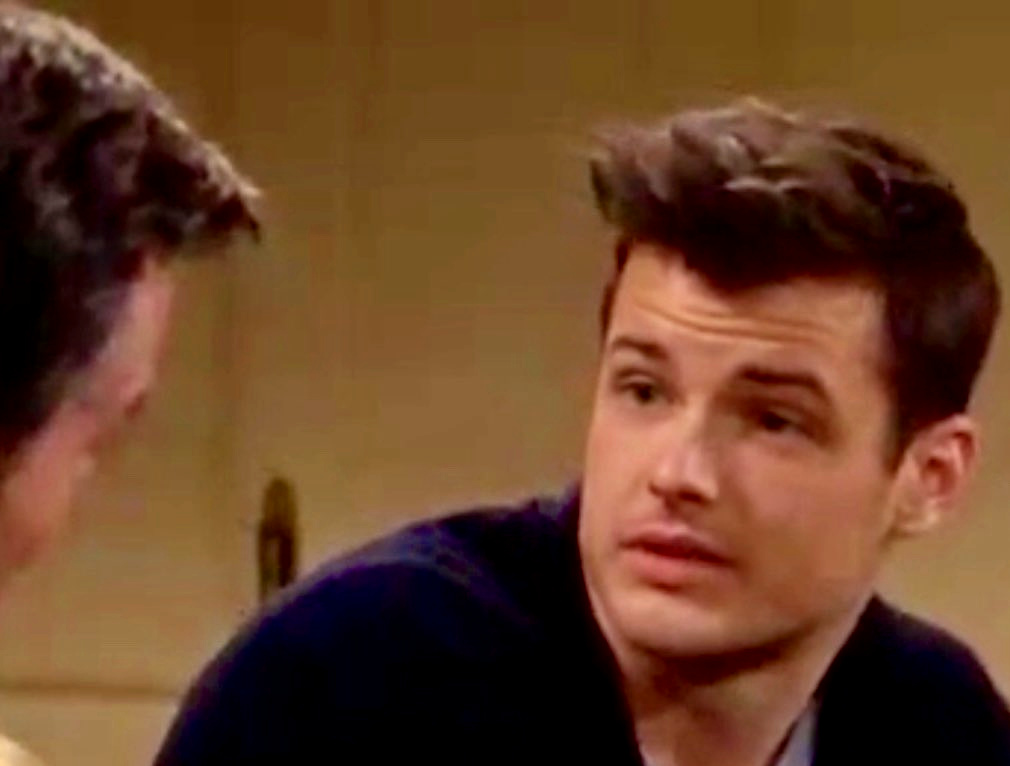 “Young and the Restless” (YR) recap for Wednesday, March 27, 2019, reveals that over at the Abbott mansion, Jack Abbott (Peter Bergman) questions Abby Newman (Melissa Ordway) about broken glass found in her laundry by Mrs. Martinez. She says it’s from a windshield and assures him she wasn’t in an accident – she meant to do it.

Lola Rosales (Sasha Calle) visits Summer Newman’s (Hunter King) hospital room to thank her for saving her life. She’s truly grateful but hopes they’ll never see each other again. Lola congratulates Summer on her marriage and notes it’s time for her to move on.

Kyle Abbott (Michael Mealor) appears and offers Lola help, but she tells him to stay with his wife. Later, Rey Rosales (Jordi Vilasuso) arrives to take Lola home – it’s time to get back to her life. She doesn’t know what that life looks like anymore. Rey assures her they’ll figure it out. Elsewhere, Kyle’s taking Summer home and doesn’t want to discuss Lola.

The Abbotts are home! #YR pic.twitter.com/yrrSM9hERh

In the penthouse, Y&R’s Devon Hamilton (Bryton James) gifts Ana Hamilton (Loren Lott) with a framed photo of her father on stage to show he’s supportive. He understands she just wants to help her dad. Ana reminds Devon they aren’t looking for a handout.

Devon reflects on allowing Tucker to pay for his surgery and asks Ana to please let him help. He suggests Jett Carver (Gilbert Glenn Brown) move in. Ana’s not sure he’ll go for it. They discuss the possibility of her dad making a comeback once the nodes on his vocal cords are treated – Ana dreams of singing with him.

Young And The Restless Spoilers: Rey And Sharon Are On – Mia And Abby Angry And Alone

At the GCPD, Paul Williams (Doug Davidson) tells Sharon Newman (Sharon Case) he was shocked at what she got caught up in and notes she deceived everyone there. He won’t fire her though. Sharon brings up Rey. Paul thinks he’s lucky he was only fired and ends the conversation, but Sharon’s not done – she resigns. Paul advises her Rey’s not worth it.

Y&R’s Devon Hamilton arrives at Jett Carver’s motel room and convinces Elena Dawson (Brytni Sarpy) to let him in to make his offer. Jett balks at accepting help, but Devon insists they’re family. Elena clarifies that he wants them all to live together.

Devon says the important thing is getting Jett specialists so he can sing again. Elena warns Devon he can’t promise that. Jett recaps losing his voice and discovering he had a daughter. Devon reiterates they’re family and Jett accepts his offer.

Young And The Restless Spoilers – Abby Newman Drips With Sarcasm

Back at the Abbott mansion, Kyle carries Summer over the threshold. Abby snarks about their honeymoon while brandishing champagne – she’s already popped the cork. Summer passes on a drink. Jack Abbott toasts to love, prompting more sarcasm from Abby.

Kyle asks if she and Arturo Rosales (Jason Canela) are having problems. Abby laughs and says not anymore! She giggles about smashing his truck to bits and declares all men are the devil. Summer has to lay down. Once alone, Jack is bewildered.

Upstairs, Summer thanks Kyle for being a good husband as he tucks her in. Downstairs, Jack asks Kyle when Summer’s due. Kyle explains Summer was Lola’s liver donor – he married her as a guarantee. Jack’s floored. Kyle’s in love with Lola and moving on is much harder than expected. Jack goes upstairs to hear Summer’s side. Summer insists she and Kyle fell back in love. Downstairs, Kyle texts Lola.

At Rey Rosales’ place, he informs Lola Rosales she’ll be staying there – Arturo Rosales has got a lot on his plate, and he and Mia Rosales (Noemi Gonzalez) are done. She asks what ended it. Rey finally admits it was Arturo. Lola realizes they slept together again.

Rey says he’s weirdly relieved and punching Arturo helped. They laugh over Abby Newman taking a hammer to Arturo’s beloved truck. Talk turns to Kyle Abbott and Summer Newman. Lola observes if they weren’t laughing, they’d be crying. Rey updates her on getting fired but doesn’t regret what he did. He receives a text from Sharon to meet. Later, Lola gets Kyle’s text that says he misses her. She types, “Do you really?” then deletes it.

Back over at the Abbott mansion, Jack Abbott finds Kyle Abbott frustrated and lets him know he spoke to Summer Newman, who is crazy in love with him. Kyle doesn’t want to hurt her. Jack replies, “Then don’t.”

In Crimson Lights, Y&R’s Elena Dawson wonders if Devon Hamilton sees Jett Carver as an investment. Devon just cares. He asks about her qualifications and Elena admits she’s a doctor but had to drop out of her residency due to student loans. Devon hopes she’ll be able to save money by moving in. It’s decided they’ll move in tomorrow.

Nearby, Sharon tells Rey  she quit the GCPD. He asks, “Because of me?” Sharon warns him not to step on her grand gesture. Rey suggests a date.

Back at the penthouse, Ana is thrilled when Devon Hamilton says her dad and Elena Dawson are moving in tomorrow. And that’s a wrap. Don’t forget to check often with Soap Opera Spy for all your soap needs!