Young And The Restless Spoilers: Adam Newman Is On A Warpath – Nick And Victoria Prepare For Battle 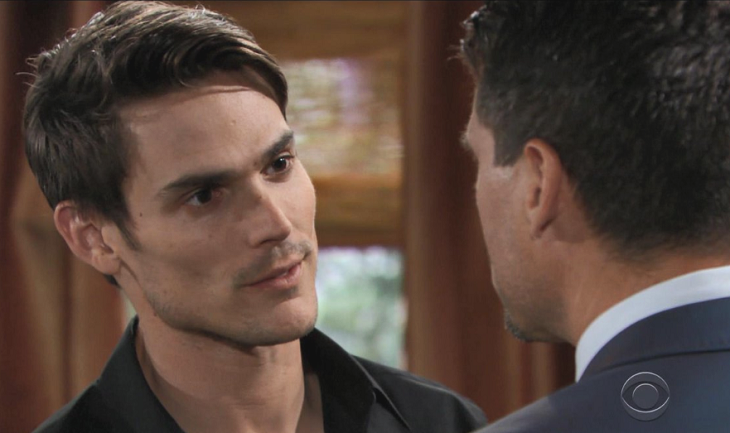 The Young and the Restless spoilers indicate that Victoria Newman (Amelia Heinle) and her brother Nick Newman (Joshua Morrow) are getting ready to rumble against their brother Adam Newman (Mark Grossman).

A lot of things are at stake, as Adam is sneakily trying to work past his siblings to get what he wants: Christian, a half billion dollars and his ultimate revenge against the family. Here’s what you need to know.

Unfortunately for Adam, he can make all of the demands that he wants but there’s no way that Nick and Victoria are going to play along with him. They know better.

Young And The Restless Spoilers – Things Were Improving

Before Adam was presumed dead, things were actually getting better between him and Nick. But now they are back at square one.

“It is interesting because before Adam [was thought to have died in the explosion], the ice was beginning to thaw between the brothers,” said Joshua Morrow, who plays Nick on the hit CBS soap. “Adam asked him to raise his son and look out for Chelsea and Connor when he went to prison so things got better between them.”

However, Nick will always have his suspicions about Adam. And there’s no way that he will ever trust him, especially after all he did before he supposedly died several years ago. And it looks like Nick’s intuition is pretty good. Adam appears to be scheming something behind the scenes.

Adam is working with someone to get what he wants and sooner or later the cat will come out of the bag. It will be up to both Nick and Victoria to put a stop to Adam’s madness before things get worse.

Young And The Restless Spoilers: Rey Spies On Adam And Sees Him Making Out With Sharon @SoapOperaSpy https://t.co/XXnaMYK0fn #YR #youngandrestless

But with that said, there is one person who still wants everyone in his family to come together and play along: Victor Newman (Eric Braeden). It will be up to Nick and Victoria to hopefully convince their father to see Adam for the person he truly is. If they don’t someone in the family will get hurt again.

Needless to say, fans will have to tune in to find out what will happen next. We have a feeling that Adam Newman is just getting started.