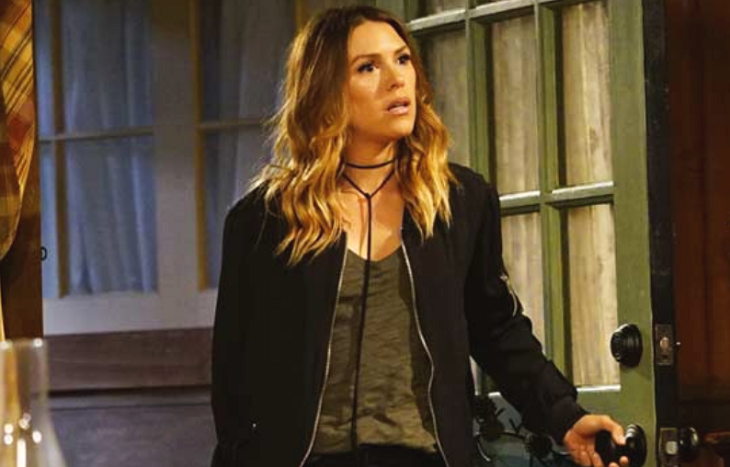 This question could imply two plot points on ‘The Young and the Restless’. The first is known, that Chloe Mitchell (Elizabeth Hendrickson) tried to kill Adam Newman (as then played by Justin Hartley) in September 2016. The second is unknown, asking, not knowing, if she is the person who just shot him in the gut?

Adam (as now played by Mark Grossman) knows who sent the bullet, apparently. Though he didn’t call out Chloe’s name, as would have been normal. Although associating this particular character with anything other than unusual would be foolhardy.

Okay, so Hendrickson has to return to Y&R at some point so the Adam-Chloe battle can be reignited. She’s his main nemesis. Yes, Chloe is more Adam’s foe than even Victor Newman (Eric Braeden), regardless of whether Victor, Junior agrees.

Young And The Restless Spoilers – Man Who Killed Delia Abbott

Victor played mind games with his last-born child in the past. But Chloe doesn’t think of Adam as a petulant, often times misguided child. No, she sees him as the man who killed her child, Delia Abbott (Sophie Pollono), six years ago this coming October.

Young And The Restless Spoilers – Will Nick Run Away With Christian So Adam Can’t Have Him? https://t.co/9zDMpWo1vF pic.twitter.com/Eyj6ein1XX

Miss Mitchell’s frame of Adam failed to jail him for an intended eternity, as Victor’s connections resulted in that murder conviction’s sentence, related to Constance Bingham’s (Sally Kellerman) death, being drastically reduced. Chloe later tried to kill Adam by rupturing the gas line at the cabin in the woods three years ago this September.

Choosing to believe that Chloe is the shooter on the lamb also means that she somehow knew Adam was alive. Soapy creativity had Victor learn that Adam was living in Las Vegas, Nevada, posing as ‘Spider’. A source in that city, or some other daytimey circumstance, could have allowed Chloe to also be enlightened.

As Y&R fans know, Victor has gone along with Chloe’s faked-death ruse. Assuming Adam’s amnesia was real, he wouldn’t know about Chloe’s presumed deceased status. And his realized request for a fall guy shooter is directly linked to a desire for retribution.

Adam wants to find Chloe. She unsuccessfully tried to kill him, maybe twice. If just one instance happened, or if the other is as well, then Adam will seek an arrest and conviction. Of course, that assumes he doesn’t handle payback himself.

Fans of ‘The Young and the Restless’ rightfully express their opinions on a regular basis. So, will Chloe be convicted of trying to kill Adam? Please vote in our poll below!

Days Of Our Lives Spoilers: Stefan Rages At Gabi After Chloe Dumps Him

Bold And The Beautiful Spoilers Tuesday, May 28: Thomas Stuns Hope – Wyatt And Flo Take Advantage Of Being Alone