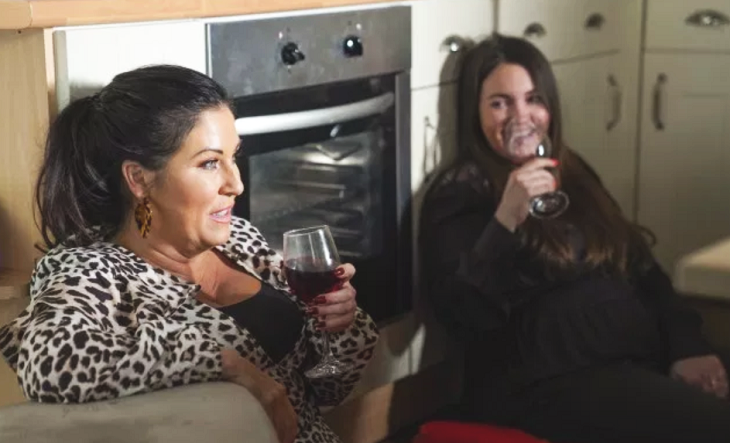 On “EastEnders,” Kat Moon (Jessie Wallace) and Stacey Fowler (Lacey Turner) are set to go head to head as Kush Kazemi (Davood Ghadami) continues with his custody battle. Kat Moon is feeling happy recently after all she’s been through, thanks to her newly found romance with Kush.

However, her happiness may not last for very long as she is placed in a position where she might need to choose between her family or the man she loves.

Viewers may recall Kush applied for custody of his and Stacey’s son, Arthur (Hunter Bell). Kush is Arthur’s biological father. Now that he has decided to be a part of his son’s life, he’s going to fight for his rights.

He made the huge decision after he got the chance to spend time with his son when Kat brought him during the anniversary of his brother Shakil Kazemi’s (Shaheen Jafargholi) death.

With Kush’s desire for a joint custody of Arthur, things are getting heated between him and Martin Fowler (James Bye). Kat manages to deter Kush’s plans for the time being, but the animosity still remains among both men.

Kat tries to find a way for them to patch things up and decides that a meal may bring Martin and Kush together. She plans everything out and enlists the help of Stacey.

Everything is going according to plan until Kat accidentally slips and tells Kush’s plans to get custody of Arthur, which infuriates Stacey. She tries to calm her down but her efforts were futile.

Stacey confronts Kush and the conversation becomes heated. Martin and Kat also gets drawn into the argument. Stacey pins the blame to Kat and disowns her right away.

Will Kat and Stacey patch things up? Or will their arguments blow out of proportion? Viewers know for a fact that the Slaters are particular about loyalty. With Stacey feeling betrayed, she might not be able to forgive Kat easily for unknowingly playing a part in Kush’s decision to file for joint custody.

Additionally, Kat will find herself in a difficult situation. She doesn’t want to choose between Kush and her family. However, she might not have a choice but to choose whose side she’s on.

Young And The Restless Spoilers: Adam Newman Is On A Warpath – Nick And Victoria Prepare For Battle