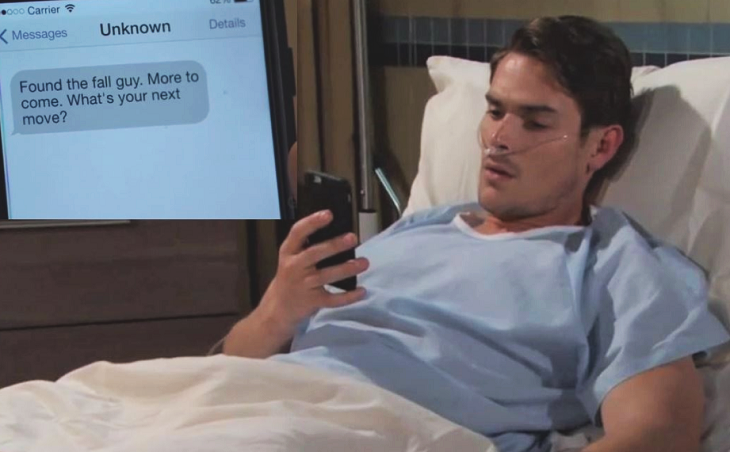 Will the real Adam Newman please stand up?

Young And The Restless rumors indicate Victor Newman’s (Eric Braeden) prodigal son Adam Newman (Mark Grossman) is not who he appears to be. In fact, he may not be Adam at all.

He looks like Adam, talks like Adam and even walks like Adam. But is he the real deal? Viewer speculation is rampant that Grossman’s character is not really Adam, he’s actually Gabriel Bingham.

Young And The Restless Spoilers – Did Gabe Bingham Die?

Remember Gabe? He was the one Adam was operated on to look like after his car accident with Billy Abbott (Jason Thompson). Everyone thought Adam had died then too but he came back from the dead. And thanks to an awesome plastic surgeon, he looked just like Gabe.

But Gabe may not have died at all, which would explain a lot. Sage Warner (Kelly Sullivan) had been in love with Gabe before he “saved” Adam in the car accident, which supposedly took his life.

She had also been secretly married to him. So, it makes sense that Sage had covered for Adam when the two first arrived in Genoa City. Maybe she knew Gabe hadn’t really died.

Has Gabe returned for revenge on Victor and all the other Newman’s? If so, it looks like his plan is working out just fine. Pretending to have amnesia has provided him with all the information he needed about the real Adam’s life. Both Sharon Newman (Sharon Case) and Victor were more than happy to fill him in on any details he may have missed.

However, it looks like Victor may be on to him. After Adam was shot and unconscious in hospital, Nate Hastings (Sean Dominic) was instructed to run some tests on his supposed son. When the results come in, will they show he’s not really Adam after all? And what will Victor do if it turns out this Adam is an imposter?

This proposed scenario brings up even more questions for fans. Did Adam really die in the cabin explosion? Or was the hiring of Grossman as Adam just an elaborate tease by Y&R producers? Will the real Adam turn up in Genoa City to claim his rightful place – in the guise of Michael Muhney? Viewers will just have to keep tuning in to find out!