Young And The Restless News: Eric Braeden Speaks Out On Phyllis Swap 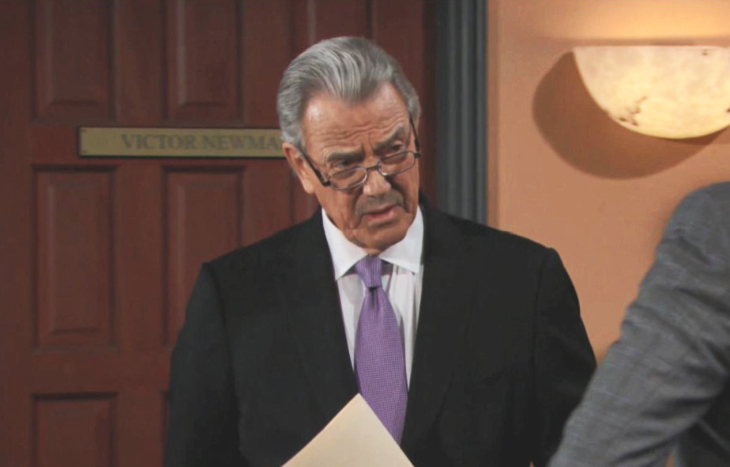 If there is one mainstay on the Young and The Restless who is never afraid to express his thoughts, it is Eric Braeden, otherwise known as Victor Newman.

Just like all the other issues he’s been upfront about, he has spoken out about the upcoming Phyllis Summers swap. Gina Tognoni, who currently plays the character, will be replaced by original portrayer Michelle Stafford.

“To @ginatognoni! I hope your weekend was a good one! You are a hell of an actress and a damned nice colleague! Just want you to know!” Braeden posted on Twitter, when Tognoni had wrapped up her run on Y&R.

Young And The Restless News: Has Respect For Tognoni

A few days later, he made another tweet that said: “I’d like to make something very clear, bec I hate misunderstandings! I have nothing but the greatest respect for GINA TOGNONI, she’s a consummate professional! And, as with all colleagues who leave for one reason or another, it reminds us how fleeting this business is, sadly!”

Having said that, I couldn’t be happier that MICHELLE STAFFORD is back! When she left Y&R I was very upset, bec she defined the character of Phyllis, it was her creation! I’m very glad she’s back where she belongs &look forward to working with her!

“Having said that, I couldn’t be happier that MICHELLE STAFFORD is back! When she left Y&R I was very upset, bec she defined the character of Phyllis, it was her creation! I’m very glad she’s back where she belongs & look forward to working with her!”

Clearly, Braeden has nothing but respect for Tognoni. He’s also extremely excited to have Michelle Stafford back in the Young and The Restless.

After Tognoni taped her last episode of the Young and The Restless, the cast gave her a farewell party. During the toast, co-star Peter Bergman, who plays Jack Abbott, described Tognoni as a kind person and someone who has “good will towards everybody.”

The Emmy winner joined the soap in 2014 and took on the role of Phyllis, which had been originally portrayed by Stafford since 1994. She was introduced at a time when Phyllis had been in a coma after falling down the stairs.

In 2017, she bagged the Daytime Emmy for Outstanding Lead Actress for her excellent work on the soap. Her other TV credits include portraying Dina on Guiding Light and as Kelly on One Life to Live.

Meanwhile, Michelle Stafford’s contract with General Hospital ends this month and once that is done, she’ll return to shooting scenes as Phyllis on the Young and The Restless. Stafford had portrayed the role for 16 years before leaving in 2013.