Young And The Restless Rumor: Phyllis Gets New Ally In Her War Against The Newman’s 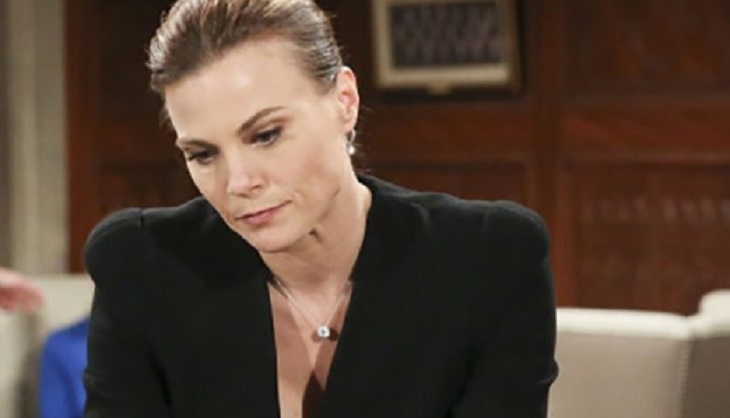 Young and the Restless spoilers indicate with the JT (Thad Luckinbill) murder investigation about to be exposed, Phyllis is in panic mode. With Nick (Josh Morrow) knowing that Nikki (Melody Thomas Scott) accidentally killed JT, Nick is on a mission to prove Victor’s (Eric Braeden) innocence while also protecting Nikki.

Even though Nikki left her name out of it, Phyllis is furious that Nikki blabbed the truth. She’s also angry that Victor will be released from jail because she feels that taking the fall for JT’s murder will make Victor pay for his past crimes.

Now that she’s going to be battling the Newman family, Phyllis is going to need help, and it will come in the form of her ex Billy Abbott (Jason Thompson).

The couple hasn’t been on the best of terms since their relationship ended, however their hatred towards the Newmans could bring them closer together.

Young And The Restless Spoilers – Phyllis And Billy Bond Again

Like Phyllis, Billy is also having his own war against the Newmans, mainly his ex-wife Victoria (Amelia Heinle). After spending the holidays together, Billy was hoping there was a chance he and Victoria could work things out. But his hopes were dashed when he discovered Victoria kissing Cane (Daniel Goodard.)

Billy’s been known to do a lot of reckless stuff when he’s heartbroken. Since Victoria put an end to their reunion, he’s going to be out for revenge, which will lead him back to Phyllis.

Phyllis will offer him an opportunity to not only get revenge on Victoria, but also Victor who has caused Billy a lot of trouble over the years. Billy would love nothing more than to see Victor behind bars and have justice served, plus it would also cause a lot of heartbreak for Victoria, who Billy wants to see suffer.

Do you think Phyllis and Billy will team up to get revenge on The Newmans?

Days of Our Lives Spoilers: Jack Issued Another Eve Warning, Will He Listen to JJ?