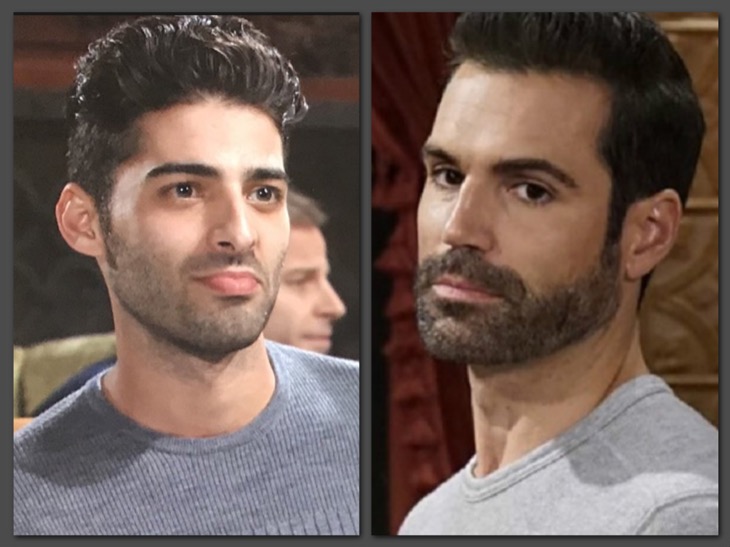 Mia (Noemi Gonzalez) experiences a mega surprise on ‘The Young and the Restless’. After faking the early stages of a pregnancy in order to try and keep Rey (Jordi Vilasuso) in recent weeks, Mrs. Rosales learns that she’s actually pregnant.

Y&R fans saw the setup when the show reimagined what supposedly happened three months back. While it’s hard to know for sure, it seems like the created flashback scene, where Mia and Arturo (Jason Canela) were together in ‘Ria’s’ apartment, could be part of the new head writer’s (Josh Griffith) push to develop alternative storylines following the end of Mal Young’s tenure.

With whoever is responsible, an intriguing storyline has been created. Even Mia doesn’t know, at first, who the father of her forthcoming child is.

Rey appears to be sticking around. Vilasuso has been handling a very heavy workload, as he’s appeared in nearly every episode for many months, obviously confirming his status as one of the main male leads on this widely viewed daytime institution.

Find out who's taking chances and risking it all next week on #YR! @CBSDaytime pic.twitter.com/MCWs7PD9Gl

A definitive paternity test, with however many tries that may take, will prove who is going to be a father. Would it make sense to have that be Arturo if he’s gone?

Sharon (Sharon Case) and Rey have finally connected. The sonogram Sharon saw and resultant pregnancy reveal that happens after Mia goes to the hospital, naturally puts ‘Shey’ at risk, assuming Rey will be confirmed as the dad.

If Rey is the father, then it’s fair to wonder if he and Mia will sustain their marriage, or revive it after the baby’s birth? In this instance, at the very least, Rey would remain tied to Mia, which Sharon certainly wouldn’t take kindly to.

Fans of ‘The Young and the Restless’ rightfully express their opinions on a regular basis. So, who will be the father of Mia’s baby, Arturo or Rey? Please vote in our poll below!

Days of Our Lives Spoilers: Jennifer Gets Help With Her Plan To Stop Eve And Jack’s Wedding