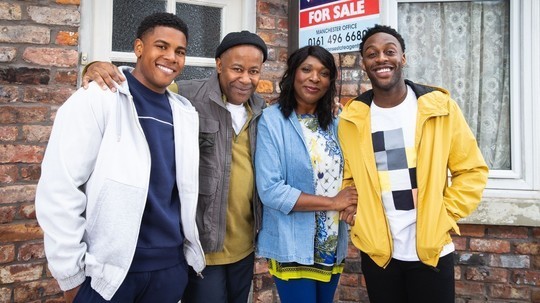 “Coronation Street” is adding a new family in the cobbles later this year. The Bailey family is set to move into No. 3 by June, Corrie has announced.

The Baileys comprise of parents Edison (Trevor Michael Georges) and Aggie (Lorna Laidlaw) who are in their 50s. They have two sons, 27-year-old Michael (Ryan Russell) and 19-year-old James (Nathan Graham).

Coronation Street Spoiler: There May Be a Fifth Family Member

Corrie teases there’s a fifth member of the family, which viewers will not meet right away. She is the sister named Diana, who will cause a friction among the Baileys. The character is yet to be cast and she will arrive later in the year. 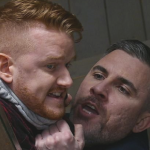 James is a football player who will come out as gay to his family as soon as they moved to Weatherfield. Aggie is a pharmacy assistant who is described as “friendly, fun, and outrageous in equal measures.”

Aside from buying No. 3 from Norris Cole (Malcolm Hebden), Edison and Michael also purchased the builder’s yard from the Grimshaws.

“Coronation Street” spoilers that the arrival of the new family will rub some people in the community the wrong way. But once they have settled in, they will become firm favorite.

Coronation Street Spoiler: Bailey Family Will Bring A New Chemistry To The Show

“I am really excited to introduce this new family – the audience is going to love them!” Iain MacLeod, Corrie producer, teased. “They’re funny, warm, and will pull together through thick and thin as we play out the stories we’ve got lined up for them.

“The four actors we’ve cast are all individually brilliant but together they have a truly incredible chemistry. I can’t wait for them to hit the screen!” MacLeod added, via Digital Spy.

But now that No. 3 is sold, what happens to Norris?

“Coronation Street” assures viewers that we haven’t seen the last of him. Hebden has been off the canvas due to his health, but as he is feeling better now, he is able to film new Corrie scenes. He will be back on a guest appearances capacity, but MacLeod said they hope to bring him back for good.

“Coronation Street” spoilers said that upon Norris’ return to the cobbles, he will announce his engagement with Freda Burgess (Ali Briggs).

“One hundred percent Norris is not leaving the show,” MacLeod said. “We just thought that given the circumstances we find ourselves in, it made sense to put a family in number three but it’s certainly not the end of Norris.”