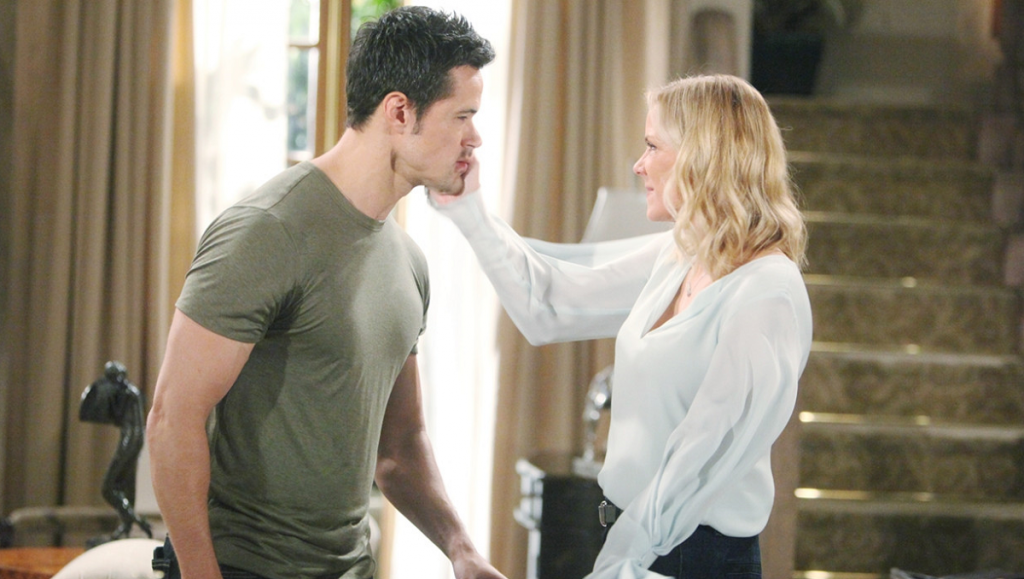 The Bold and the Beautiful (B&B) spoilers reveal that Ridge Forrester (Thorsten Kaye) might find out that his wife slapped Thomas Forrester (Matthew Atkinson). If he does, then it could be the final straw for him. Could this lead him to make drastic changes in order to fix his kids, specifically Thomas?

It was intense and Brooke ended up slapping him across the face. Thomas has resented her for years for breaking up his family. It seems the war between them is only going to escalate

Bold And The Beautiful Spoilers – Did Brooke Forrester Go Too Far?

B&B spoilers tease that when Ridge finds out, which he eventually will, he will consider Brooke’s actions extreme. Fans know that Thomas might have had that slap coming. However, will Ridge really forgive and forget it?

With Ridge and Brooke constantly fighting over Thomas, and now Shauna Fulton (Denise Richards), it might be the breaking point for the couple.

The Bold And The Beautiful News: Aaron D. Spears Lands A New Gig — Will It Affect Justin Barber’s His Time On B&B?

Last week, Ridge accused Brooke of “demonizing” the troubled young man. This week’s episodes showed just how much Thomas is playing his father. He has Ridge convinced that he’s trying to make the right choices and is working hard to improve things in his life. However, fans know otherwise.

Bold And The Beautiful Spoilers – Is A Drastic Change On Its Way?

The Bold and the Beautiful spoilers suggest that this will only make the fighting between the couple even worse. Brooke is trying to get Ridge to see the truth about his son, but he continues to be blinded.

It is stated that Ridge will make a drastic change to help repair his relationship with his children. There is no word on exactly what that means, but fans think he might make a choice.

Could he leave his wife, choosing Thomas over Brooke? Is there any hope for the marriage after this? Fans will have to keep watching the CBS soap opera to find out what happens next. Be sure to tune in to catch up on everything happening on B&B right now. Come back here often for The Bold and the Beautiful spoilers, updates, news, and rumors!