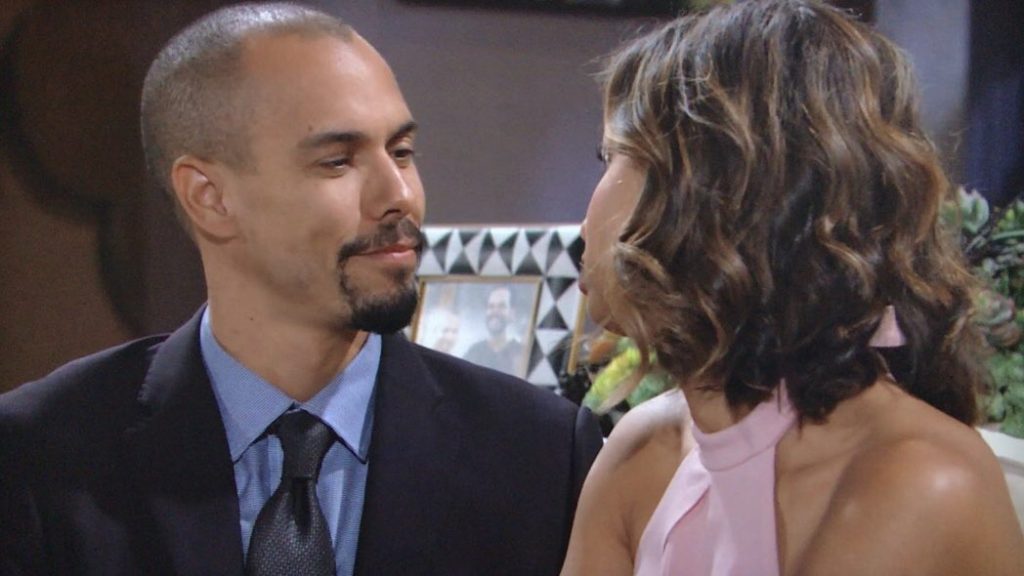 The Young and The Restless spoilers tease that Friday, October 4th’s episode will provide lots of drama and maybe a pinch of humor for Y & R fans!

Devon Hamilton (Bryton James) decides to try something new with Amanda Sinclair (Mishael Morgan). He agrees to meet with her, in spite of Elena Dawson’s (Brytni Sarpy) objections. She thinks he should just blow her and the whole fake challenge to the will off, but he thinks if he plays nice with Amanda maybe he can get her to cooperate with him.

He wants to find out who hired her and why if possible and thinks maybe playing nice might gain her trust. Cane Ashby (Daniel Goddard) also wants to find out some things, and Devon runs into him at the Grand Phoenix. Cane asks Nick Newman (Joshua Morrow) who is there looking for Summer Newman (Hunter King) if he thinks maybe Adam Newman (Mark Grossman) has reconnected with Chance Chancellor (John Driscoll). Nick doesn’t want to talk about Adam and Cane moves on to Amanda. Devon asks Cane to excuse them while he apologizes to Amanda and wants a new start.

She gets curious as to why he’s looking for Adam and follows Cane to the Grand Phoenix, where she tries to make a call to Adam’s cell phone and finds out Michael Baldwin (Christian LeBlanc) has it. She wants to know why and he wants to know why she wants to talk to him – it could be considered aiding and abetting. She drops it and then overhears Cane on the patio on his phone arranging a flight to Las Vegas.

Meanwhile, over at Society, Rey Rosales (Jordi Vilasuso) is talking to his sister Lola Abbott (Sasha Calle). Among other things, he fusses about his boss Paul Williams (Doug Davidson) sending him on a wild goose chase when Victor Newman (Eric Braeden) was alive all along and Paul knew it!

Sharon Newman (Sharon Case) arrives and Sasha spots her waving at Rey. She nags him to go say hi back, and as Mariah Copeland (Camryn Grimes) arrives she notices what Sasha is up to and sends her mom a little heads up via cell phone! Sharon and Rey talk a little bit and then a romantic mood strikes and they leave together, deciding it’s a date.

Nikki Newman (Melody Thomas Scott) arranged a dinner party for all the Newman progeny to try to work everything out among those who were and those who were not in the loop about Victor’s death ruse.

However, when the talk turns to Adam, Billy gets snarky, and everyone else gets generally upset and they all leave before dinner’s ready! Victor is upset but Nikki tells him it will just take time!