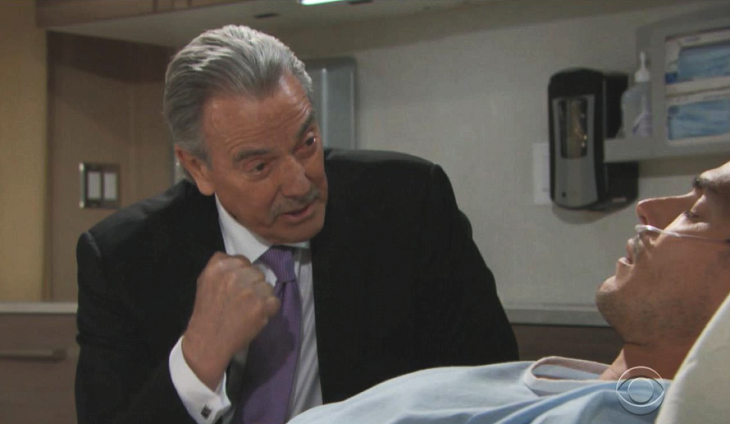 Young And The Restless (Y&R) icon Eric Braeden has been an outspoken cheerleader and critic of the soap, having played Newman family patriarch Victor Newman for nearly 40 years.

He recently opened up to Soap Opera Digest about his time on the show and losing co-star Kristoff St. John (Neil Winters). He also spoke about the recent changes that have taken place since former executive producer and head writer Mal Young left and the tribute episodes to St. John.

“Regurgitating emotions that we’ve all gone through, obviously, in the time of (St. John’s) death. It was tough because you realize it was not acting, it was final. He’s gone,” the 78-year-old actor said, adding St. John was: “One of the few people I trusted. One of the very few.”

Young And The Restless Spoilers – Excited About The Future

With the departure of Young, Braeden is excited about the direction Y&R is moving in.

“I see a change of music. You need to have respect for the show that you do,” he said. “You can’t come in from the outside and suddenly change direction in so many ways where people say, ‘Wait a minute, that’s not what we’ve been looking at.”

Braeden said he also sees Y&R moving in a very positive direction now. He’s excited about the show’s future. He is also happy that the controversial firing of Doug Davidson (Paul Williams) has been put to right and Davidson has returned to the show.

“Dougie has been here longer than I have been here. To see him sort of disappear or whatever, it just didn’t seem right to me at all. I’m very happy to see him back. We all are.”

Bringing back the character of Adam Newman (Mark Grossman) was another change Braeden wholeheartedly agreed with. He talked about Victor and Adam’s difficult relationship over the years.

“It must be a disturbing thing for a parent to realize that one of them [your children] is a troublesome seed, to put it mildly. For a parent, it must be heartbreaking and hard to reconcile those differences,” he said.

Young and the Restless Weekly Spoilers May 20 To May 24: Victor Pleads With Adam- Rey Asks Sharon To Take Next Step- Phyllis Makes Bold Move https://t.co/sqGMokVTpw pic.twitter.com/8VRynYo91Q

Braeden also discussed the positive atmosphere on the Y&R set these days thanks to the new head writers.

“So wonderful. Tony Morina and Josh Griffith, I like them both a lot. It’s a family. I’m just happy to be at work. I love coming. I love working with my fellow actors.”