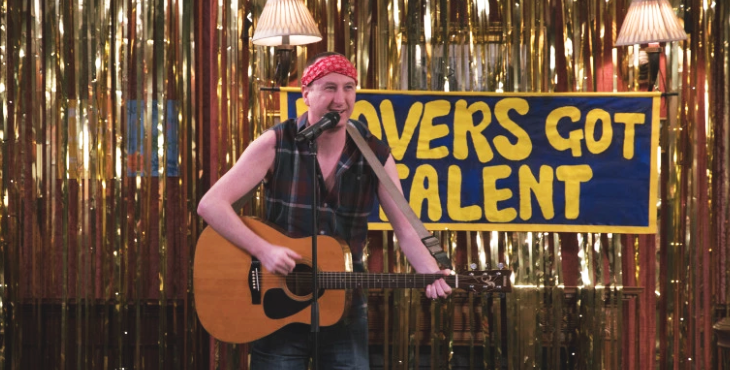 As a matter of fact, viewers are already none too pleased over the fact that yet another beloved Coronation Street star is leaving the soap. Here’s what you need to know.

As many fans know, Kirk had discovered his talent for singing when he put a show on for an audience at Rovers’ Return. Everyone was stunned by his great voice. That’s when he decided to pursue a career of being a singer until Beth Tinker (Lisa George) put a stop to his plans.

Coronation Street spoilers indicate that Kirk will pretend to be upset with his partner while setting an interesting plan in motion. But what he is actually doing is planning a generous surprise.

He even enlisted the help of Sean Tully (Antony Cotton). Kirk wants to sing a very special song to Beth and will set up a performance outside of the pub.

For awhile, it looked as though Kirk’s plan works as Beth was totally smitten over the romantic gesture. Beth showed Kirk just how much she’s in love with him and how she appreciated the sweet song he performed for her. These two were meant to be with one another and everyone sees that.

However, things are going to turn pretty sour very quick. That’s because she will express her frustration with Kirk and his decision to go on tour without her. As much as Kirk loves Beth, he still wants to pursue his career of being a singer and hits the road without her.

Of course, Kirk is taking quite a few risks in trying to make this happen. Dropping everyone and leaving everything in Weatherfield behind for a singing career he doesn’t know will work is quite a risk.

TONIGHT AT 7.30 & 8.30PM. Toyah confides in Leanne how difficult it has been living with Imran since Rana’s death. She’s then horrified to realise he overheard every word!

How will he react?

Also, should he come back, Beth might or might not be there waiting for him. Of course, fans will have to tune in to find out what will happen next. Coronation Street airs weekdays on the ITV network. Check your local listings for times.