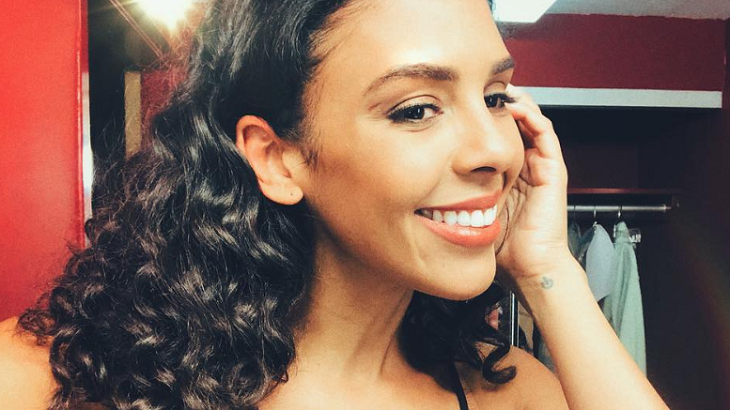 The Young and the Restless star Alice Hunter (Kerry Johnson) is moving on out but also moving on up. The Australian-born beauty has a new gig that she is already working on. The actress is also set to make her exit from Genoa City in the coming weeks as well.

According to reports, Alice will be working on a new comedy called Brains by Malcolm Barrett. The project will be directed by Bernardo Cubria. The story is about a cynical man who was diagnosed with brain problems. He copes with his life-threatening condition by retreating to his imagination.

The new play will run from April 26 to May 19 at the Ammunition Theatre Company in Los Angeles.

Young And The Restless News – Will Kerry Johnson Return In The Future?

“Malcolm Barrett wrote a very personal, intelligent play called Brain Problems. I’m going to be in it over a couple days of the run. Definitely May 2nd,” Hunter wrote on her Instagram account. “Whether I’m there or not- this is a good one. Swipe for flyer. Visit @ammotheatre for deets.”

Malcolm Barrett wrote a very personal, intelligent play called Brain Problems. I’m going to be in it over a couple days of the run. Definitely May 2nd. Whether I’m there or not- this is a good one. 🎭 Swipe for flyer. Visit @ammotheatre for deets.

Now as far as whether Alice plans on reprising her role as Kerry Johnson in the future remains to be seen. Right now it looks like she’s focusing on other projects in the entertainment industry.

It’s safe to say that The Young and the Restless has definitely helped Alice get her foot in the door not only with daytime television, but in Hollywood, too.

We have a feeling that we will be seeing much more of her in the future! In the meantime, don’t forget that The Young and the Restless airs weekdays on the CBS network. Check your local listings for times.

Let us know what you think by leaving us a line with your thoughts in our comments section below. Tell us, are you going to miss seeing Kerry? Here’s hoping that she comes back sooner rather than later!

Also, don’t forget to check back with Soap Opera Spy for all the latest news, updates and spoilers on The Young and the Restless and all of your favorite daytime television shows right here!