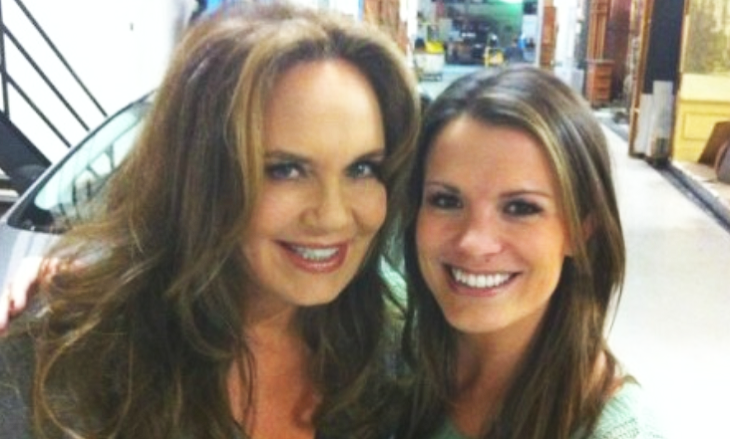 The Young and the Restless (Y&R) spoilers tease that Catherine Bach, the actress who plays Anita Lawson, is back on set with an action-packed storyline in the weeks ahead. With Chelsea Newman (Melissa Claire Egan) in town, Anita will come to Genoa City to visit her daughter.

Social media is buzzing with the possibility that Anita’s return is tied to Chelsea’s husband, Calvin Boudreau’s (John Burke) death. There is speculation that Chelsea may have killed her husband after he suggested that she should hand over Connor to her ex Adam Newman (Mark Grossman).

“Mamma Duke is back in the house!! Fun playing with @catherinebach again today🤗💗 Stay tuned for what chaos Anita is creating in GC! #YR,” Egan posted on Instagram.

Mamma Duke is back in the house!! Fun playing with @catherinebach again today🤗💗 Stay tuned for what chaos Anita is creating in GC! #YR

Bach replied that they are causing so much trouble together and she is so happy to be back. And, Y&R fans are thrilled that they are both back to cause more drama. The question is what kind of drama will the ladies be bringing to Y&R?

On July 10, Paul Williams (Doug Davidson) learned that Calvin’s tox screen was inconclusive. The medical examiner could not determine his cause of death. Chelsea flipped out, thinking that Paul might think that she is responsible for her husband’s death.

Y&R spoilers state that Chelsea’s reaction stuns Nick Newman (Joshua Morrow). He will wonder why she is worried that Paul might suspect that she had something to do with Calvin’s death.

Young And The Restless Spoilers – Ladies Running A Scam On Nick Newman?

Chelsea will probably call her mother and let her know that Calvin died. The Young and the Restless spoilers state that Chelsea will tell her mother not to come to Genoa City, reassuring her that she is doing fine. 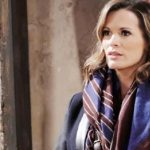 We all know that Anita won’t be able to stay away. She will head to Genoa City to check on her daughter. The buzz is she is running a scam with Chelsea that could have something to do with Nick. We’ll have to wait to see how it plays out in the next couple of weeks.

Are you glad that Anita is coming back to Genoa City? Soap Opera Spy is a leading source for everything linked to The Young and the Restless. Check back regularly for Y&R spoilers and news! As always, more detailed Spoilers and Breaking news will appear here on Soap Opera Spy.