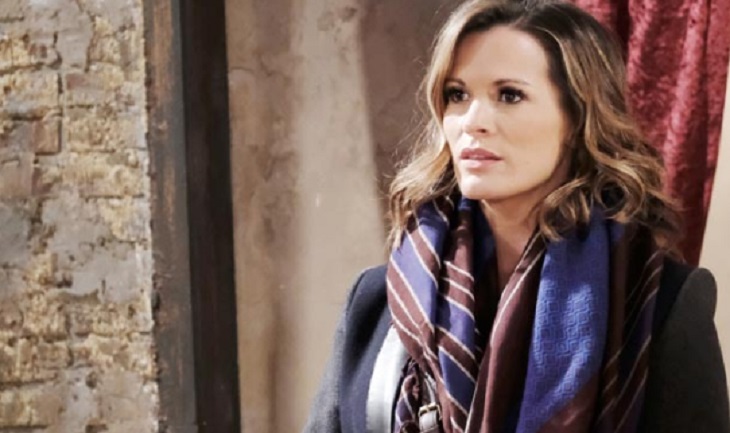 Melissa Claire Egan, who is known for her role as Chelsea Newman in “The Young and the Restless,” worked on a new Hallmark movie before she returned to the sudser. The movie titled “Holiday for Heroes” revolves around Aubrey Brown and a soldier named Matt Evans, portrayed by Marc Blucas.

The pair exchanged letters for a year before their worlds collide. Aside from Egan and Blucas, other cast members include Latarsha Rose, Patti Murin, William Rubio, and Steven Michael Quezada. The film, which is directed by Clare Niederpruem is expected to premiere on Hallmark Movies & Mysteries in November.

The film centers on a youth choir director who struggles to write a big song for the Christmas Eve show when a boy with a golden voice joins her choir. Kristin Chenoweth and Scott Wolf star in the movie that’s slated to air in November. Meanwhile, the Blake Shelton-executive produced Christmas movie will revolve around a heartwarming story about a homecoming journey during the holidays.

Going back to “The Young and the Restless,” viewers have recently seen the return of Chelsea in Genoa City. Egan posted a photo of her and Catherine Back on Instagram and encouraged her followers and viewers of the show to tune in as Back, shows up in town as Anita, Chelsea’s mother.

She said, Mamma Duke is back in the house!! Fun playing with @catherinebach again today. Stay tuned for what chaos Anita is creating in GC!” Back replied to her post and teased, “so much trouble! So much fun! Mother like daughter!” Back’s first airdate is set on August 8. Who knows what kind of chaos she’ll bring?!

Young And The Restless Spoilers: Cane Moves On With Traci – Closes The Door On Lane Reunion? https://t.co/vosWDvXR7s pic.twitter.com/z0dtvd68iu

Viewers might recall that upon her return, Chelsea immediately faced an ordeal when her husband, Calvin died. To those who are watching, this is more than just a coincidence. What problems does Anita bring when she comes back in town?

Remember, Anita and Calvin dated first, but he ended up marrying Chelsea and adopting Connor. Chelsea is also known for being a notorious con artist and where could she have gotten her skills? From her mother, of course! She’s been running cons with her since she was 16 years old.

Bold and the Beautiful Spoilers: Liam and Brooke Fight To Save Hope From Thomas