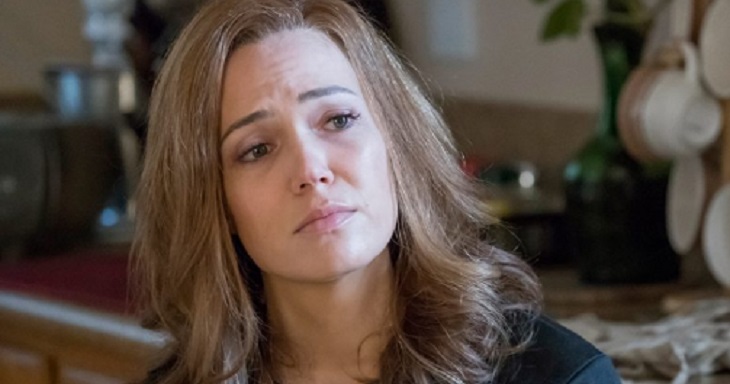 The Fall finale of This Is Us gave the viewers a complete shocker: Nick Pearson did not die in the Vietnam war like we originally thought. And, what’s more, he is alive in present day. That means that Rebecca Pearson (Mandy Moore) may have known that the Big Three’s uncle was not dead. Here’s what we know about this possible scenario.

This Is Us Spoilers – Nick Is Not Dead

On the Winter finale, Kevin (Justin Hartley) discovered that his uncle was discharged from the military and was treated at a psych ward. He signed his discharge papers from the facility in 1971 as Clark Kent. In the present day, Kevin pulled out a postcard from his dad’s box. It came from Bradford, PA, the place where Nick supposedly lives. The card was signed, “Jack, Last One, C.K.”

The postcard was clearly from Nick. It will bring the Big Three to go see their uncle at his home and find out why their dad kept him from them for all those years. If Nick turns out to be alive, they will be pretty upset as they were told he died in the war. And, it will lead to another big question.

This Is Us – Did Rebecca Know Nick Was Alive?

It seems impossible that she didn’t know that Jack’s brother was alive. He sent Jack postcards monthly for 12 years. The math on that is 144 postcards. Rebecca would have noticed. Rebecca should have noticed. And, did Jack ever respond to any of the postcards?

Songbird Road: Part One. Turns out Nicky has been alive and well this whole time, and tonight, we meet him.😳 Can’t wait for you to see. #ThisIsUs pic.twitter.com/PeZG22QJWQ

Rebecca visited Randall’s (Sterling K Brown) biological father for years without telling anyone. She wanted to let him know what a great man his son turned out to be. She shared pictures with him over the years. It’s not a stretch to assume she would do the same with Nick.

We’ll have to wait to see how it plays out over the next few weeks. Do you think Rebecca knew that Nick didn’t die in the war? Don’t forget to come back later for more This Is Us spoilers, news, and casting updates!

General Hospital Spoilers: Ava Plotting To Run Away With Avery