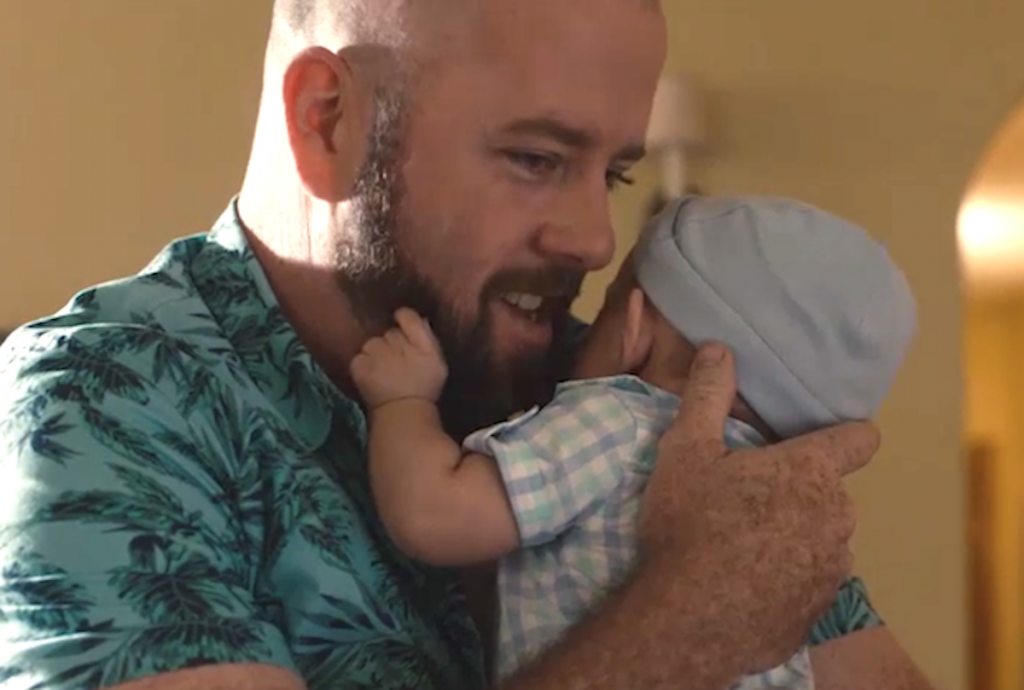 This is Us season 4, episode 2 aired on Tuesday evening. During the installment, Toby Damon (Chris Sullivan) kept a secret. Meanwhile, both Toby and Kate Pearson (Chrissy Metz) dealt with coping with the fact that their baby boy would remain blind.

In the October 1 episode, which was titled “The Pool: Part Two,” Toby and Kate dealt with Jack’s blindness in different ways. For Toby, he snuck off to work out at the gym. However, he decided to keep this a secret from his significant other.

As fans recall from last season, the two had different results in their weight loss journeys. Losing weight seemed to come easier for Toby, even though it was Kate that wanted it more.

It seems like a silly secret to keep, but Toby knows how stressed Kate is. Sure, she has been playing it cool. As he mentioned in last night’s episode, she just keeps going and doesn’t seem to be grieving for Jack’s eyesight. This creates a concern for Toby because he doesn’t want her suddenly breaking down.

This is Us season 4, episode 2 revealed that Kate really isn’t continuing full-steam ahead because she is okay. It is a defense mechanism, something she is doing to prevent herself from breaking down. She is also coping by overeating.

Despite putting on an act of being fine, Kate blames herself for Jack’s prognosis. She recalls how the doctors warned her not to get pregnant, but she did it anyway. Of course, fans know that this is not Kate’s fault.

By the end of the episode, Kate decided that she wasn’t going to focus on what Jack couldn’t do. She will make sure her son will have limitless possibilities and live life to the fullest.

As for Randall Pearson (Sterling K. Brown) and Beth Pearson (Susan Kelechi Watson), they are settling into their new lives in Philly. Beth can’t help but mention to Randall how their kids are getting “meaner by the day.” They are transitioning from childhood to teeangers and the struggles that go along with that.

Each one of the girls seems to want her independence. Tess Pearson (Eris Baker) had her hopes set on getting a bold haircut before school starts. As for Deja (Lyric Ross), she wants to ride the bus by herself. This causes anxiety for Randall. However, Deja has to remind him that she had to grow up fast before she came to the Pearson home. She has actually been riding the bus by herself since she was 8.

What did you think of the latest episode of This is Us? What do you think is going to happen with the characters next week?

Be sure to tune in to catch up on everything happening on the NBC TV show right now. Come back here often for This is Us spoilers, updates, news, and rumors!

The Bold and the Beautiful Spoilers: Flo Keeps A New Secret – Shauna Outs Her Own Daughter