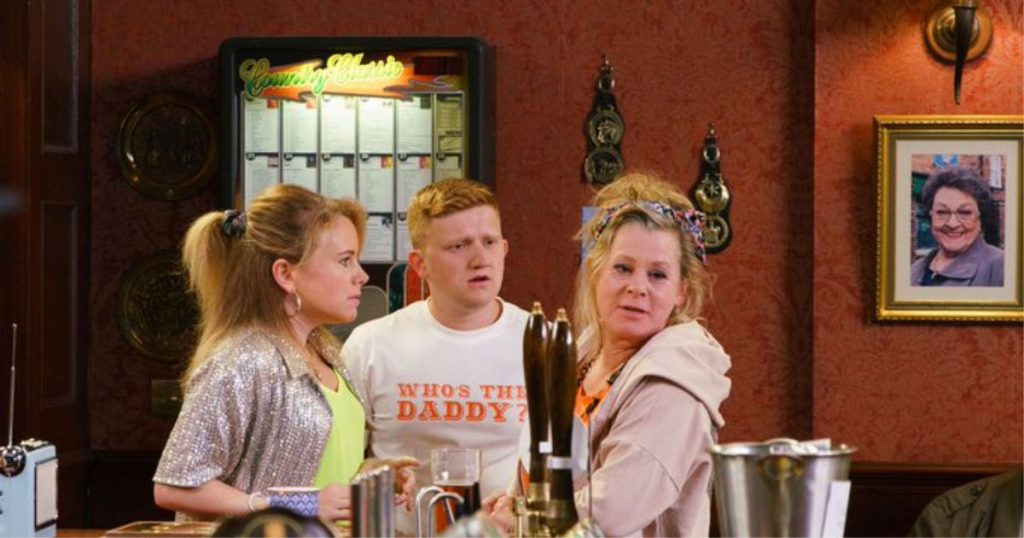 Coronation Street spoilers reveal there will be a new scandal that affects several residents. It turns out that Bernie Winter (Jane Hazelgrove) will become a serial robber and steal from her neighbors. Adding to the plot, expect her to sucker in Billy Mayhem (Daniel Brocklebank) in her scam. Keep reading to get all the details on the storyline.

According to Mirror, a new storyline revolving around Bernie is coming up. The character is known for her outrageous antics and scandals. This will be just the latest way for her to come up with money.

A source informed The Sun that Bernie will be seeking a way to get easy money. The insider also revealed that vicar Billy gets involved, too.

Coronation Street Spoilers — This Is How Billy Mayhem Gets Involved

Coronation Street spoilers tease that Bernie persuades Billy to allow her to clean at his church. She uses him because Billy is an “easy target.” However, she has no interest in eliminating dust bunnies. This is her way to take advantage of a situation that will benefit her financially.

How does she do it? Apparently, Bernie can figure out when the church members will be in meetings or attending community groups. She will also use the opportunity to gain access to homes. It allows her to figure out the best way and the best time to burglarize the parishioners’ houses.

Corrie spoilers tease that Bernie could be at this for a while before getting caught. It might even spur a Weatherfield crime wave depending on how many homes she hits. It will be interesting to see how she gets caught and how she will try to weasel her way out of it.

Paul's emotional storyline gets #CoronationStreet fan reactions.
Read more on it below ⬇️⬇️⬇️⬇️⬇️https://t.co/1h43T2XKxi

Fans are divided on how they feel about the character of Bernie. Some love her crazy schemes. Others despise her behavior and think it’s about time she either be punished or redeemed.

Since she first began appearing on Corrie, Bernie sold positive pregnancy tests on the dark web. She is also part of Paul Foreman’s (Peter Ash) sexual abuse and grooming storyline.