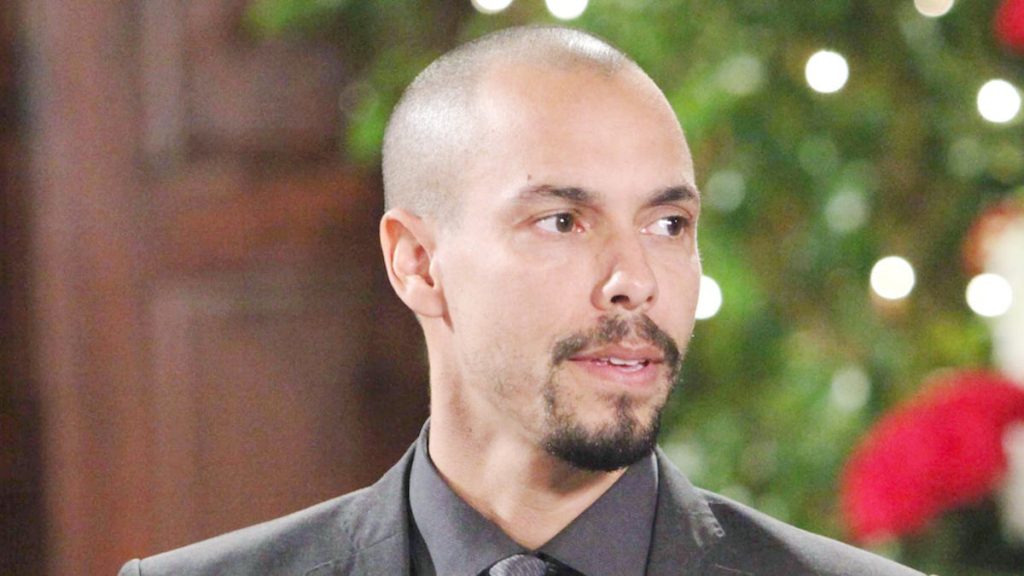 The Young and the Restless (Y&R) spoilers for Wednesday, August 28, tease that Adam Newman (Mark Grossman) and Connor Newman (Judah Mackey) will be hanging out at Crimson Lights when Chelsea Lawson (Melissa Claire Egan) arrives to find them happily talking about their day. Privately, Adam will tell Chelsea that he’ll prove to her that he deserves her trust.

After Chelsea and Connor leave, Nick Newman (Joshua Morrow) will arrive and Adam will ask him to drop the restraining order so that he can see Christian Newman (Alex Wilson), but Nick will say he won’t do it until Adam ends his war against the Newmans. Adam will then get a call from security and rush off.

Meanwhile, Billy Abbott (Jason Thompson) will be in Adam’s penthouse searching through drawers. He’ll find Adam’s mother’s handkerchief and take it. After he leaves, Adam will arrive and check things out, but he won’t notice that anything is missing.

Next on Y&R, Abby Newman (Melissa Ordway), Nate Hastings (Sean Dominic), Elena Dawson (Brytni Sarpy) and Devon Hamilton (Bryton James) will meet up at Society. They’ll celebrate Adam dropping the custody case for Christian, as well as Elena’s residency. They’ll enjoy their dinner together, and afterwards, Nate and Abby will talk about her plans for her brand, and they’ll get on well.

Later, Devon and Elena will be back at Devon’s penthouse when an envelope gets delivered. Devon will read it, and it will be about Katherine Chancellor’s (Jeanne Cooper) will.

The Young And The Restless Rumors: Will Chelsea Con Abby? https://t.co/iSVWNxrxwM pic.twitter.com/tvDl4mZvRc

Next on Y&R, at the Chancellor estate, Kevin Fisher (Greg Rikaart) and Chloe Mitchell (Elizabeth Hendrickson) will talk. Chloe will remark that she can’t believe they are living at the mansion again, and then the talk will turn to Billy and his behavior lately. Kevin will think that Billy seems to be obsessed with his memories of Delia Abbott (Sophie Pollono), and he’ll say he was hoping that Billy was going to therapy. He’ll share that Billy thinks he’s getting “messages” from Delia, and that will concern Chloe.

Chloe will then go to Victoria Newman’s (Amelia Heinle) house to see Billy. She’ll want him to open up about what’s going on with him, but he’ll balk. He’ll eventually reveal that he’s talked to both a therapist and to Victoria, but that he’s still struggling and has been waking up in random places. He’ll recount his Delia nightmares, and she’ll reassure him that Delia is at peace. After Chloe leaves, Billy will sleep and dream about Delia running away from Adam, then awaken abruptly.

Next on Y&R, Nick will take Christian home, and Chelsea and Connor will arrive shortly thereafter. They’ll have dinner, then play video games together. After they put the boys to bed, the adults will have wine and talk about the future. One thing will lead to another, and they’ll end up going to the bedroom and making love.

Finally, on Wednesday’s new episode of Y&R, Billy – who is chewing gum – will decide that he knows how to handle his problems with Adam now. Meanwhile, Adam will receive an anonymous text saying to meet him on the highway for something that belongs to him.