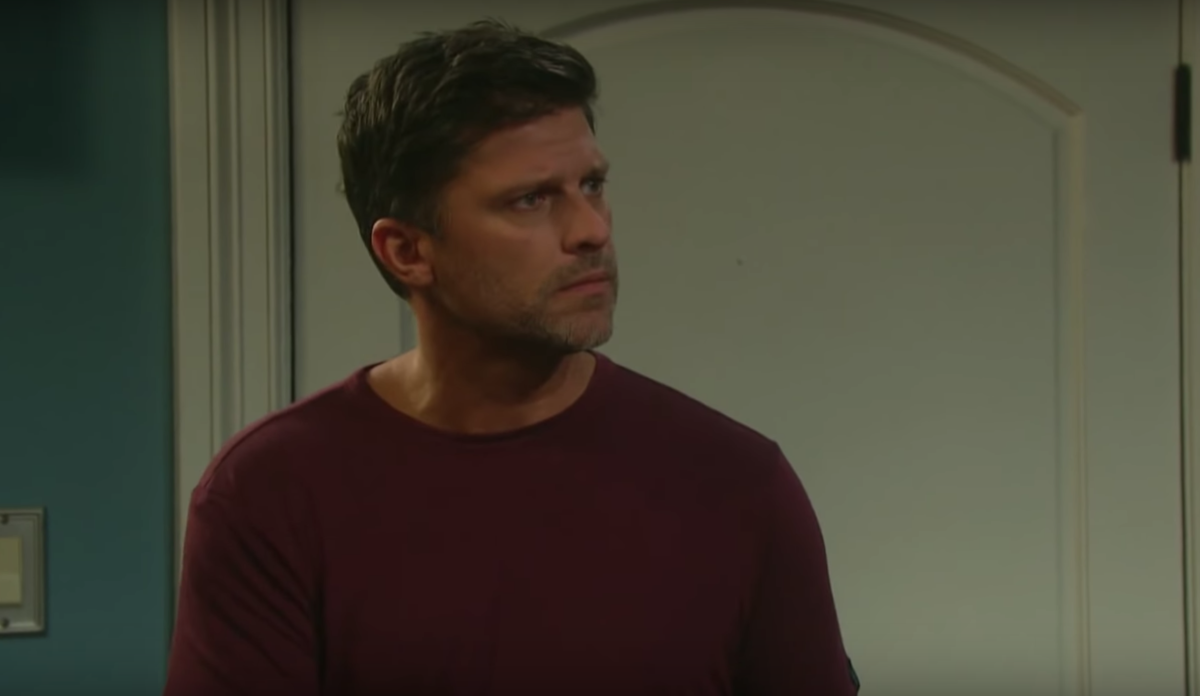 Days of Our Lives Spoilers – Eric Brady Has An Intense Confrontation With Kristen DiMera!

At the Salem Police Department, Eric Brady, (Greg Vaughan), having gone over with Xander Kiriakis (Paul Telfer) who was also intending to drag the truth out of Kristen DiMera (Stacy Haiduk) about Holly Jonas’ (Scarlett and Harlow Mallory) location, learned from Brady Black (Eric Martsolf) in Tuesday’s episode that both Nicole Walker (Adrienne Zucker) and Holly are still alive! Eric will have an intense confrontation with Kristen, and he will become so angry with her that he will try to strangle her, and Brady will have to pull him off of her!

Over at the DiMera mansion, Kate DiMera (Lauren Koslow) will arrive ready to take over the position of CEO of DiMera Enterprises, having taken Wei Shin (Michael Hagiwara) up on his offer. Stefan and Gabi Hernadez DiMera (Brandon Barash, Camila Banus), fresh from being rescued from the secret room by Will Horton (Chandler Massey) and Sonny Kiriakis (Freddie Smith) will not be happy at all about this announcement; they may not yet realize Shin had no choice with the two of them missing and Nicole having been exposed as Kristen! Somebody had to step in, and Kate was the only Mrs. DiMera available at the time; Tony DiMera (Thaao Penghlis) didn’t want the job and besides, he’s in jail!

At home, Marlena Evans (Deidre Evans) and John Black (Drake Hogestyn) enjoy what’s left of the rest of their anniversary, undoubtedly being thankful that Kristen didn’t do any more damage than she did. John and Marlena will definitely consider Susan Banks (Stacy Haiduk), as “unique” as she is, a friend for life for saving Marlena’s life! Days of Our Lives viewers will recall that last year, Kristen succeeded in shooting Marlena and she nearly died! Considering she nearly died yet again when Diana Colville Cooper (Judith Chapman) poisoned some macarons with penicillin earlier this year, she’s probably pretty tired of near death experiences!

#DOOL Wednesday spoilers are out and it looks like a great episode. Read below for the #DaysOfOurLives scoop. #DAYS ⬇️⬇️⬇️⬇️⬇️https://t.co/af3toUgwQc

After he gets done at the Salem Police Department, Eric will break the news about the real Nicole Walker being alive to Sarah Horton Brady (Linsey Godfrey). He will need to update her that he will want to look for both mother and child, and bring them back to Salem. Will Sarah still be on board and by his side? Other Days of Our Lives spoilers for the rest of the week indicate she just may not be as on board with the search, now that it includes Nicole, and maybe not by his side on the search either, as she had previously promised! Sarah will want Nicole and Holly to be brought back safe and sound but not necessarily by Eric!