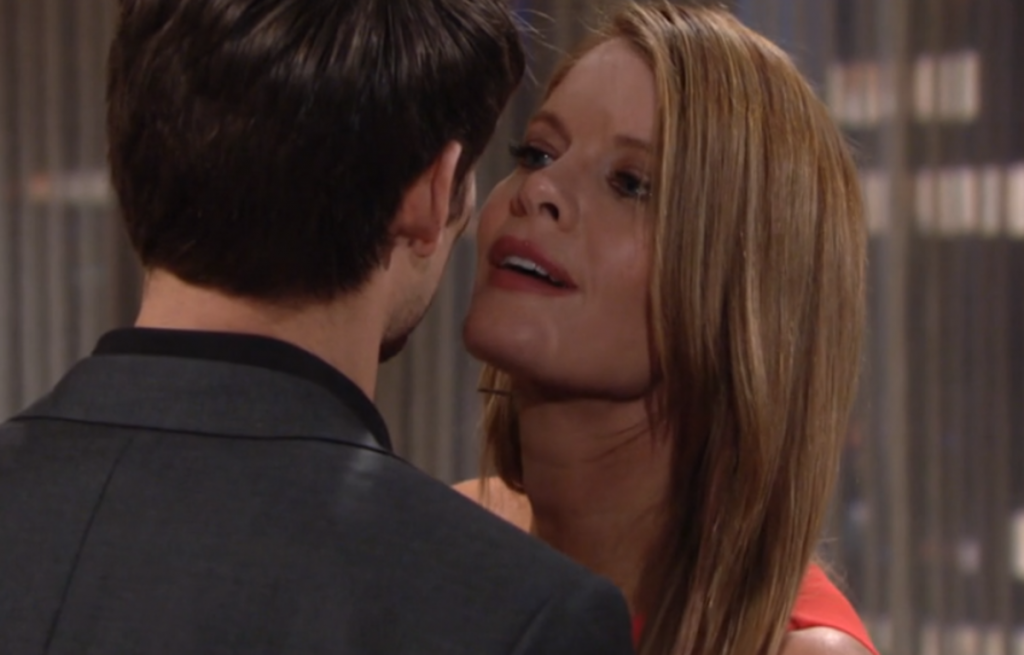 Adam Newman (Mark Grossman) didn’t want to hear what Chelsea Newman (Melissa Claire Egan) had to say on ‘The Young and the Restless’. But love is what he’s seeking, not revenge.

However, storyline circumstances and the emotional skirmishes Adam continues having with numerous family members makes Chelsea’s sound advice unlikely to be accepted. Add troublemaker Phyllis Summers (Michelle Stafford) throwing in with him and an unpredictable Newman family battle is about to ensue.

A platonic ‘Phadam’ already exists. Not even having a good working relationship, Phyllis was booted from whatever remains of Dark Horse. Adam also pulled the real estate rug out from under her by sticking Phyllis with a piece of property that was actually located in Detroit, Michigan, instead of Genoa City, Wisconsin. Though she should have read the fine print details on that contract, as it was her deal.

The Grand Phoenix Hotel seemed to be Phyllis’ pathway to a comeback. But Victor Newman (Eric Braeden) overheard ‘Red’ saying that she was going to push Abby Newman (Melissa Ordway) out and take over eventually. That, combined with Chelsea’s offer to Abby to take the manager’s job that Phyllis held in theory, pushed Stafford’s stymied character out of the GPH before it even opened.

So, there’s Adam fighting numerous family members, mostly based on the Christian Newman (Alex Wilson) paternity issue. And then there’s Phyllis, who’s alienated the same clan on countless occasions, including during the J.T. Hellstrom (Thad Luckinbill) didn’t die arc. Viewers recall that was when she looked like Gina Tognoni (Phyllis).

Adam and Phyllis are known to do anything in order to further their own agendas, or purely to exact payback. Those are just two historical reasons why their existing association is dangerous.

Knowing that the help of one could aid the other’s goals, ‘Phadam’ has every reason to reform. Phyllis has been averse to Adam regarding the Christian custody issue. But she can compartmentalize her thoughts if the means justify soapy ends.

Phyllis’ door slam into and out of Victor’s office is followed by Adam’s similar performance. But where Phyllis purely put Victor on notice, Adam puts all of them on notice himself.

Young and the Restless #YR Spoilers Friday August 23: Victor Warns Michael, An Arrest Is Made, and Chelsea Forms A Friendship with Sharon @celebratesoaps https://t.co/6YcGSuabdC

Both people have rejected the notion, but ‘Phadam’ as a future romantic couple can’t be tossed aside as impossible now. Sure, it wouldn’t have happened in the past. But GC’s 2019 atmosphere is different.

Having no one but each other creates a dirty business based synergy. If progress is able to be gleaned, in varying underhanded ways, Phyllis and Adam will eventually look at each other and consider the possibility of also pairing romantically.

Days of Our Lives Spoilers: The Real Nicole is Alive, Eric Frantically Searches for Love of His Life