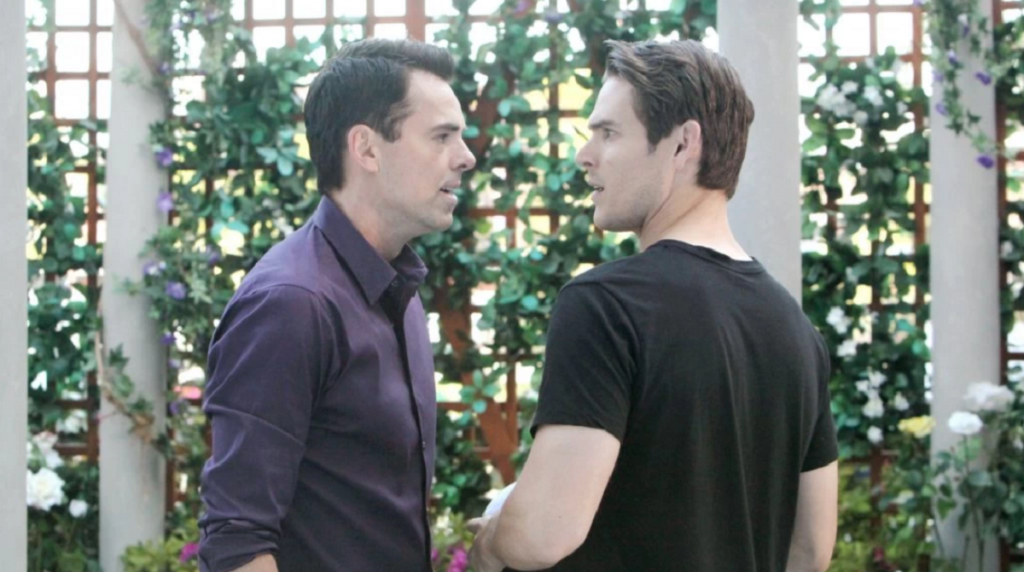 Billy Abbott (Jason Thompson) has allowed himself to become infuriated by Adam Newman (Mark Grossman) again on ‘The Young and the Restless’. It’s been proposed as truth that Adam was the person who accidentally ran down Delia Abbott (Sophie Pollono) six years ago this October. So, Billy’s reaction is understandable when that context is considered.

However, along with Adam’s history is Billy’s. As Thompson again admitted to Phyllis Summers (Michelle Stafford) when she was surprisingly summoned by text to Crimson Lights, he regretted what he did with Summer Newman (Hunter King) in the recent past. That telling line of dialogue was revealing, regarding what’s really bothering Billy and has been for years.

Of course Billy and Chloe Mitchell’s (Elizabeth Hendrickson) grief and their other connected feelings are real. Suddenly and in a way that wasn’t linked to a serious health issue that at least would have allowed time for them to say goodbye, Delia was gone.

Billy holds himself more responsible than Adam for what happened to Delia. The past that Billy buried when Adam (as then played by Justin Hartley) was thought to have died three years ago next month (September) was unconscionably revived this spring.

Hardcore viewers recall that Billy Miller’s (Billy) edition was in the black sport utility vehicle with Michael Muhney’s (Adam) version when both legacy characters crashed. So Billy is the only person who has a uniquely dramatic link to Adam’s near-death revivals.

What’s gone but not forgotten isn’t just Delia, it’s also Billy’s fuse to Adam and the unwanted memories of her dad stopping for ice cream on the side of that dark road. Dash the dog was gone when Billy returned to the vehicle and so too was his little girl.

A theory has previously been raised within this writing space, as well as within those of other daytime observers. Y&R has the power to break the repeated cycle of Billy and Adam being wrapped together.

Unless the backstory is changed, Adam will always be Billy’s perceived nemesis. But Adam was never shown actually hitting Delia during those fabled episodes. This purposely left the door open to him being innocent.

Use of circumstantial evidence would cite the remnants of Delia’s Halloween costume later being found by Adam under his SUV’s wheel well. Well, that’s never been conclusive and still isn’t. Plus, as importantly, wasn’t there another vehicle shown on the road in that sequence? Adam is presumed guilty by cynics and all others who simply don’t like him in Genoa City, Wisconsin. But the country this fictional character lives in uses the presumption of innocence as it’s legal and moral guide.

Young And The Restless Spoilers – Coming Clash Is Seemingly Inevitable

Y&R must be presenting the way Billy is devolving and all of the provocative actions Adam is taking as a prelude to something big happening between both men. This lead up will be revealed as an audience head-fake if that doesn’t happen.

The endless rage that reflects in Billy’s mirror doesn’t represent justified emotion on his behalf. Instead, it’s a repressed expression of Billy’s own wrongs and transference of blame onto his straw man, Adam.