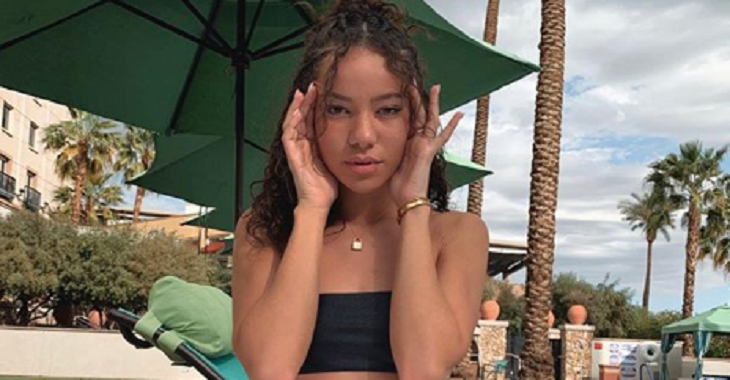 The Young and the Restless star Lexi Stevenson (Mattie Ashby) has just landed a brand new role and it’s one that will definitely surprise many fans. The beautiful actress is keeping herself rather busy by co-starring in a new music video from Soul Fro. Here’s what you need to know.

According to reports, Lexi co-stars in a clip called “I Know” with Quincy Fouse of Logan and the CW’s Legacies fame. It is directed by Barry Galperin and produced by Dan Sima. Lexi definitely looks like she’s having a lot of fun in the music video. She looks great!

These days Lexi has been keeping herself very busy with her school work, her extra-curricular activities, and her daytime television role. However, fans haven’t seen that much of Mattie in Genoa City, simply because of her parents’ recent split.

Of course, Lexi Stevenson always knew that she would become an actress, even when she was still a little girl. As a matter of fact, the multi-talented young woman told Soap Central in an interview back in 2007 that she was destined for the entertainment industry even before she knew how to walk and talk.

Stevenson Wants To Act From A Young Age!

Lexi told the site, “I was super dramatic when I was little, and I told my parents I wanted to be an actress, and I think for a while they were like, “Oh, well, every little girl wants to be an actress.”

But then they said, “Hey, maybe you should do a play or try acting classes or something.” So we decided for me to initially go into a play to see if I liked it, and I did the play, and it ended up being musical theater, so I also fell in love with music. And I ended up falling in love [with acting], and I kept doing plays, and my parents flew me out to New York and Atlanta, Georgia, and Miami, Florida. I was super fortunate that they were able to do that. So, yeah, I just kind of fell in love with it and then made the decision to come out here to Los Angeles.”