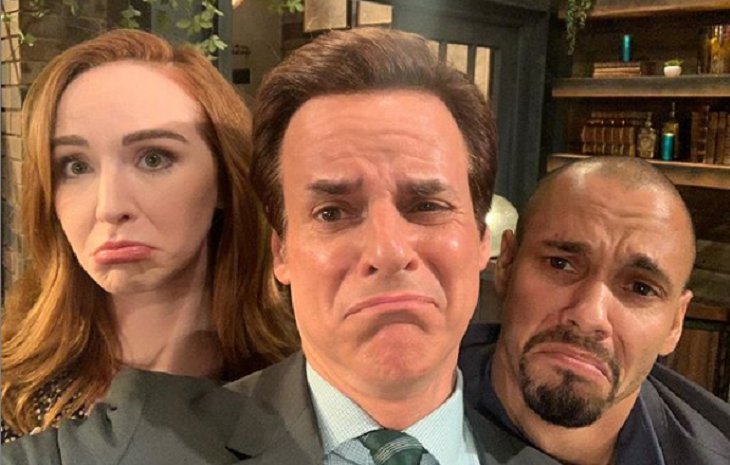 The Young and the Restless (Y&R) star Christian LeBlanc, the actor who plays Michael Baldwin, has been the subject of a lot of social media hate over his hair recently. A couple of fans suggested that the actor used a wig or toupee based on how full his hair has been looking in the past few weeks.

The actor took to social media to let everyone know that his hair is real, he’s just been growing it out so it’s longer.

Christian Recently Returned To Y&R After A Hiatus

Michael had not been seen much on Y&R until recently. He was put on the backburner, only to show up for a legal issue. Now, head writer Josh Griffith seems to be putting him in the front burner, involving him in more storylines.

This week, he was on a lot due to the fact that his brother, Kevin Fisher (Greg Rikaart) returned with a huge shocker—his wife Chloe Mitchell (Elizabeth Hendrickson) is alive and Adam Newman (Mark Grossman) kidnapped her. It was a huge bombshell for Michael and it led to him confronting Adam about his sister-in-law.

During his appearance on Monday, June 17 is when the Y&R fans noticed his hair looked different. Instead of his normal hair, shorter and businesslike, it was full and a slightly different color. LeBlanc responded to the fans’ questions in a truly classy way.

Instead of being offended by the questions on if he was wearing a wig, he joked that sometimes for fun he likes putting his wig on backward. Clearly joking, he said that he is getting his hair pointers from Tyler Johnson, who he dubbed his hair coach.

He avoided any questions about his hair directly, just poking fun at the whole situation. Y&R fans still don’t know if he wears a wig or a toupee. But one thing is for sure, his hair is looking great lately so, clearly, he is doing something right.

Do you think Christian LeBlanc wears a toupee or a wig? If not, do you like his new look? Don’t forget to come back later for more The Young and the Restless (Y&R) spoilers, news, and casting updates!

The Bold and The Beautiful Spoilers: Thomas Brings Friend To LA For Evil Plan – Vincent Does His Dirty Work?