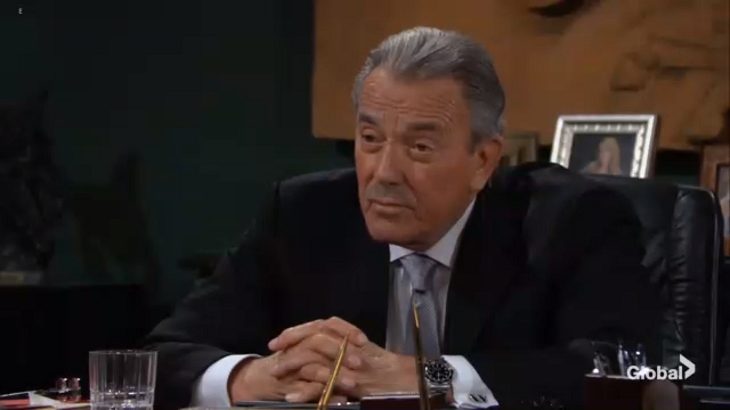 The Young and the Restless star Eric Braeden, the actor who plays Victor Newman, addressed rumors of his exit. Currently, Victor is going through a tough time and he is sick with a blood disease. The Y&R fans are in panic mode as they watch the storyline play out. Everyone wants to know if Victor will beat the rare blood disease. And, we have the answer right below on what’s ahead on Y&R.

From what the storyline has revealed so far, Victor is really sick. And, Nate Hastings (Sean Dominic) will reveal during the week of June 17 that his treatments are not working. So far, the Y&R fans do not know what the next stage of treatment will be.

One theory is that he could need a bone marrow transplant and one of his kids will be a likely donor. Based on the current storylines, he could use this information to get Adam Newman (Mark Grossman) to help him in exchange for support in the custody case.

Over the next few days, we’ll find out what’s ahead for Victor.

The Y&R actor revealed that he has no plans on leaving the soap opera—not now and not ever. In fact, he made a joke that he would retire when he dies, because in his opinion if he’s not working he will feel old.

So, while he said that things will get rough for Victor in the weeks ahead, we should count him out yet. He will find a way to save himself and repair the Newman family.

If that’s his main agenda, he will have his work cut out for him as Nick Newman (Joshua Morrow) and Adam are at each other’s throats. Perhaps, seeing their dad’s health struggle will put things in perspective for them and they could come up with an agreement on Christian.

We’ll have to wait to see how it plays out on Y&R. The Young and the Restless viewers can rest assured that while it looks bad for Victor right now, he will survive! Let’s hope this puts the rumor that Eric Braeden is retiring to bed, once and for all!

The Young And The Restless Spoilers: Victor In Middle Of Custody Fight – Sons Battle Over Christian — Will Adam Raise His Boy?