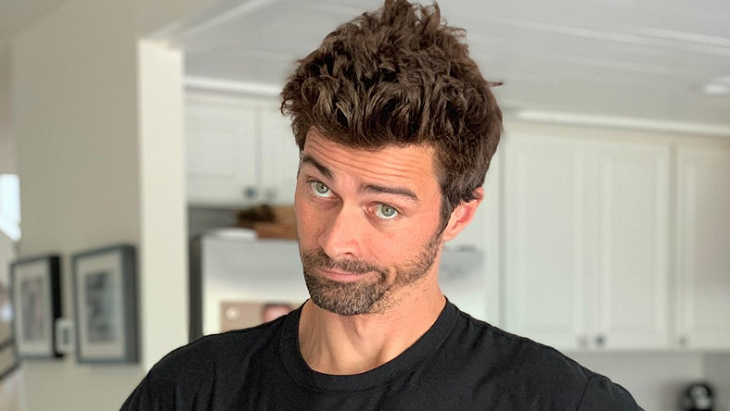 We’ve got good news for General Hospital fans who miss seeing Matt Cohen (Dr. Griffin Munro) on the small screen! The handsome actor will soon be seen in a new movie called The Husband. The film was written and directed by Lane Shefter Bishop and we’ve got all of the details that you need to know right here.

According to reports, The Husband is a film about a woman named Ashley who is thrilled with her mother Tracy falls in love with a man named Jared. Things go great until Jared begins to push Ashley out of the picture. When Jared’s dangerous motives come to light, Ashley is forced to find a way to take him down before it’s too late. In other words, this is one thriller of a movie that you won’t want to miss!

Matt took to his Twitter account to write, “Wrapped!!! Thank you to one of the hardest working crews in movie making!! For the last 15 days, we cried, laughed, and grew together! I’m forever grateful to have met you all. Thanks for making this project great! xoxo @LaneShefterBish.”

In the film, Matt will be a character by the name of Jason. Other cast members include Karissa Lee Staples as Kelsey, Elena Goode, Susan Deming, Jake B. Miller, April Ann Dais, Dennis Julian, and Bret Shefter. Right now the film is currently in the post-production stages. We will update you with more information as it comes in.

Will Matt Return To GH?

Now, whether or not Matt Cohen will return to General Hospital remains to be seen. But seeing how many soap stars end up coming back to the daytime television world, there’s a very good chance that he might come back to reprise his role as Griffin Munroe sooner rather than later.

Wrapped!!! Thank you to one of the hardest working crews in movie making!! For the last 15 days we cried, laughed, and grew together! I’m forever grateful to have met you all. Thanks for making this project great! xoxo @LaneShefterBish

And if he does, that might shake things up for his former lover, Ava Jerome (Maura West). Here’s hoping that happens. Until then, fans will simply have to tune in to General Hospital weekdays on the ABC network to catch all the action! For now, we will update you with more information about The Husband and when you can expect to see the film on the small screen. Stay tuned!