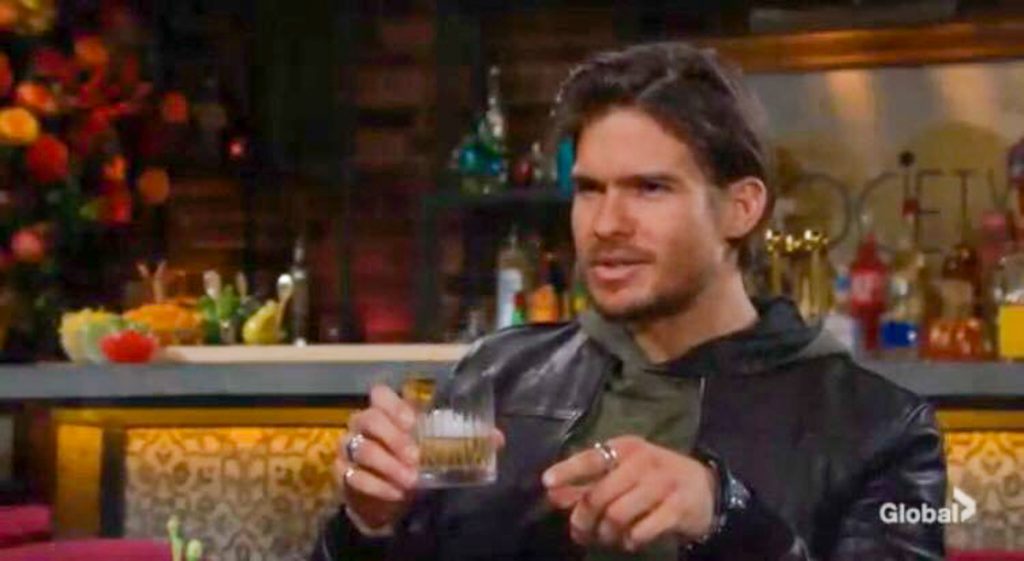 The Young and the Restless (Y&R) spoilers for Wednesday, October 30, tease that some Halloween fun will get underway. At Crimson Lights, Billy Abbott (Jason Thompson) and Victoria Newman (Amelia Heinle) are dressed up along with Johnny Abbott (Holden and Ryan Hare). Katie Abbott’s (Sienna Mercuri) busy with classmates, but the rest of the fam’s joined by decked out Nick Newman (Joshua Morrow), Chelsea Newman (Melissa Claire Egan) and Christian Newman (Alex Wilson).

Unfortunately, Connor Newman (Judah Mackey) isn’t as keen on the trick-or-treating fun. He refuses to put on his costume and worries about his dad wanting rid of him. Chelsea gets a call and agrees to help Adam, so Nick stays behind with Christian and the others.

After Chelsea’s gone, Nick talks to Victoria about how Adam is an unfit parent. He hopes Connor’s living arrangement is temporary. Victoria frets about Adam using Chelsea’s love for her son to manipulate her. At the penthouse, Chelsea arrives and gets an explanation for Connor’s costume refusal. Connor ultimately comes down and convinces Chelsea that he’d rather hang out at home with his dad.

Chelsea whips up some popcorn for Connor’s movie night with Adam. Her hands are too buttery to answer Nick’s call, but she sends a text after Connor convinces her to stay for the flick. They all have a nice time before Connor falls asleep. As Adam picks the kid up, Connor mumbles about how he likes having the three of them there.

Adam takes Connor to his room and finds Chelsea asleep when he returns. He places a blanket over her and spots a missed call from Nick, who’s working himself into a tizzy at home. At the Grand Phoenix, Amanda Sinclair (Mishael Morgan) lets Nate Hastings (Sean Dominic) know she’s ready to leave town. He wants some legal advice first and shares that the medical licensing board has opened an inquiry against him.

Nate discusses the details and assures Amanda he wasn’t coerced into helping Victor Newman (Eric Braeden) fake his death. Amanda mentions Devon Hamilton (Bryton James) and knows he doesn’t want her hanging around. However, Nate’s adamant about Amanda taking his case – and she ultimately does.

At Lola Abbott (Sasha Calle) and Kyle Abbott’s (Michael Mealor) apartment, she tries futilely to cheer him up. Kyle’s in a funk over this Theo Vanderway (Tyler Johnson) revelation. He’s certain that if Theo learns they’re related, he’ll become a parasite to the family. Despite Lola’s efforts to defend Theo, Kyle opts to go see Jack Abbott (Peter Bergman) and stop him from blabbing.

Of course, Jack puts up a fight. He’s eager to talk this over with Theo and notes that his siblings are backing him up. Kyle still feels this is a mistake, but he takes off as Theo appears. Jack mentions Stuart Brooks before recapping Dina Mergeron’s (Marla Adams) adoption story. Theo is blown away by the news that Jack would be his uncle and Kyle may be his cousin. He’s on board with taking a DNA test to confirm it.

Jack wishes he could’ve known Eric Vanderway (Jon Briddell), and Theo suggests Jack would’ve liked him. He also gets why Dina chose to give up her child. The conversation shifts to Kyle, so Theo guesses this revelation didn’t go over very well. Jack hints that it’s a lot for Kyle to take in.

Later, Theo calls Kyle “cuz” on the patio and gushes about them having the same genes. Kyle snaps that he’s not putting up with this. It doesn’t matter who Theo’s grandmother is. Theo figures that dinner they had was just a ruse to get information. He needles Kyle by noting that Jack’s quite a guy and suggesting they’re going to get along.

Back with Victoria, she bumps into Nate and lets him know she’s sorry about his breakup with Abby Newman (Melissa Ordway). Nate’s got bigger problems thanks to the medical license drama. Victoria points out that she could pay his legal fees, but Nate rejects the offer. Victoria just wants to help however she can. She joins Billy for a toast at the Grand Phoenix while the kids are with the sitter.

Victoria hates that Adam spoiled Nick’s evening with Chelsea and the kids, but Billy implies that Nick can handle his brother. The Young and the Restless spoilers say some fantastic scenes are coming up. We’ll give you updates as other Y&R news and rumors emerge. Stay tuned to see what’s next in Genoa City.