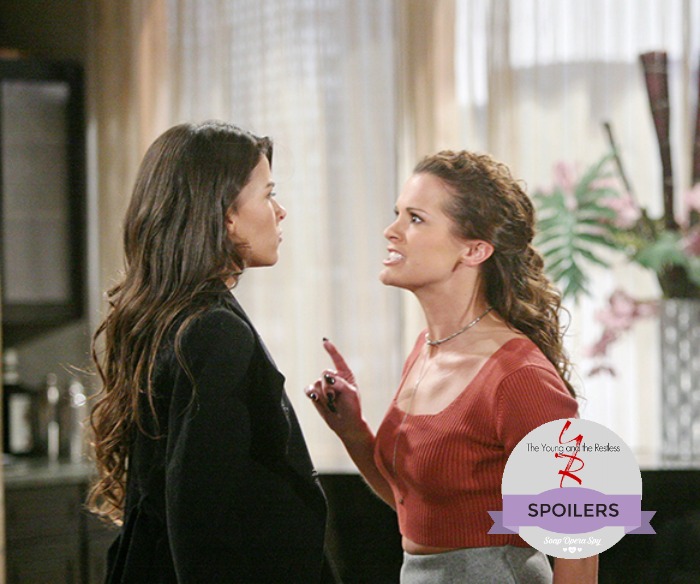 The Young and the Restless (Y&R) spoilers tease that two fan favorites will return during the week of June 24. The big question on many Y&R viewers minds is, will they run into each other? And, if they do, how will Chelsea Newman (Melissa Claire Egan) react?

Chloe Mitchell, played by Elizabeth Hendrickson, returns to Y&R after a two-year break. The actress has been busy with the role of Margaux Dawson at General Hospital. Now that Margaux left Port Charles, she’s free to reprise the role of Chloe.

Elizabeth told CBS Soaps In Depth that it took a little longer to slip back into the role of Chloe after playing Margaux [on GH] for a year. And, she added that she was pulling double duty on GH and Y&R for about a week. So, that made it even harder to switch between the roles, considering how different the characters are.

The Young and the Restless Spoilers: Thursday, June 27 – Billy & Esther Are Shocked To See Chloe – Adam Presses Kevin For Dirt On Nick

Hendrickson said that Greg Rikaart (Kevin Fisher), Jason Thompson (Billy Abbott), and Kate Linder (Esther Valentine) made it much easier for her because she has such a strong connection to them.

As for Chelsea’s return, portrayer Melissa says that it is head writers Anthony Morina and Josh Griffith that lured her back. She explained that when Josh was first taking over in January, he contacted her for a return. At the time, she was busy with a movie. Then when she wrapped her movie, she met him for coffee and was like,” SO, what’s up with Chelsea nowadays.” And, that’s how her return came to be.

Today's the day! Don't miss Chloe and Kevin together again on #YR. 👏 pic.twitter.com/p9p0E9omKC

The Young and the Restless star said that the material for Chelsea has been amazing. She said each script is better than the last. And, she cannot believe the twists and turns in the storyline.

As for Chloe and Chelsea, they will not come face to face just yet. However, the showrunners tease that it is coming. It sounds like that might be coming for November sweeps later in the year.

At any rate, the Y&R fans will be thrilled to see Chelsea and Chloe back. Melissa Claire Egan cannot wait until the fans see what’s coming up next between Adam Newman (Mark Grossman), Chelsea, Sharon Newman (Sharon Case), and Nick Newman (Joshua Morrow).

Are you excited about Chelsea and Chloe’s return to Y&R?

Days Of Our Lives Spoilers: Tripp And Ciara Set A Trap For Claire — Can They Prove Ben’s Innocence?