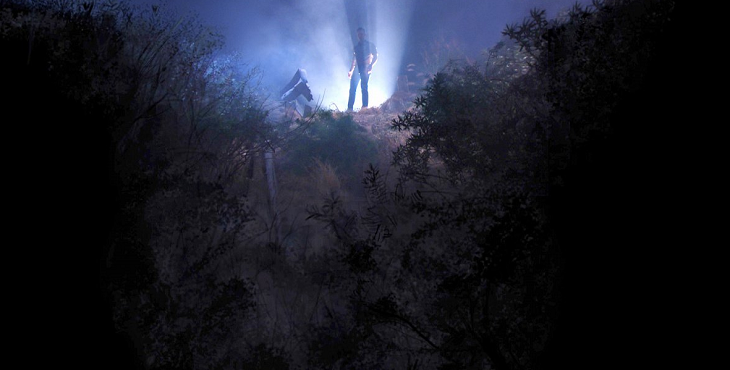 The Bold and the Beautiful (B&B) spoilers tease that head writer, Brad Bell made it look like Thomas Forrester (Matthew Atkinson) is guilty of running Emma Barber (Nia Sioux) off the road. However, he teased in an interview with Soap Opera Digest last week that things are not always like they seem.

Bell’s comments seem to be related to Thomas’ action. B&B spoilers tease that he may not have been the one behind her and he could actually be innocent in her death. Here’s what you need to know about what’s ahead on B&B.

The first clue that Thomas could be innocent is the fact the show didn’t show many events after her accident. For example, we saw Emma turned over in her car and she appeared dead. Then, we see Justin Barber (Aaron Spears) calling Bill Spencer (Don Diamont) informing her of his niece’s death.

Bold and the Beautiful Spoilers, Thursday, June 27: Thomas Gets Help From A Friend- Hope, Brooke, & Ridge Have Opposing Viewpoints On Her Immediate Future

The B&B writers skipped a few steps. They didn’t show the hospital working on her or who was behind her. We saw Thomas just after she crashed, but they didn’t reveal if he was the one tailgating her or if he was a few cars behind her.

Let’s be perfectly honest, Thomas looks guilty. He threatened Emma before she hightailed it to deliver the baby news to Hope Logan (Annika Noelle). Just after the news of Emma’s death, Thomas told Xander Avant (Adain Bradley), Zoe Buckingham (Kiara Barnes), and Flo Fulton (Katrina Bowden) that they should all stay quiet about the baby scoop, pointing out what happened to Emma.

While he didn’t admit guilt there, the trio took it that way. However, the B&B spoilers point out that he could have meant they shouldn’t reveal the baby secret because bad things happen when they do.

Of course, it’s possible that Brad Bell has no intention on redeeming Thomas’ character. But if he does, he will have some type of twist making it not Thomas’ fault that Emma died.

B&B fans will not be able to forgive Thomas for killing Emma, manipulating Hope, and for keeping the baby secret.

Do you think Thomas could be innocent and not guilty of running Emma off the road?

Days of Our Lives Spoilers: Haley Shows Up On JJ’s Doorstep – Couple Declares Their Love