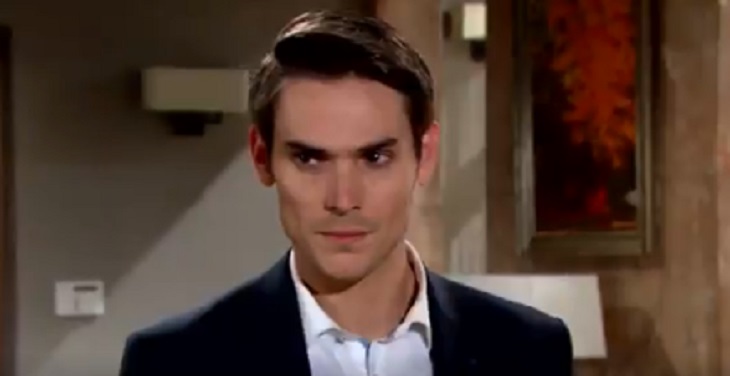 “The Young and the Restless” spoilers for Tuesday, July 23, tease that Nick Newman (Joshua Morrow) and Adam Newman’s (Mark Grossman) custody battle will rage on. At the hearing, Nick tries brush off the video by arguing that his family’s forgiven him. The judge doesn’t think it’s that simple and worries about the environment Christian Newman (Jude and Ozzy McGuigen) would be raised in.

Nick counters that Adam stole Dark Horse from him and tried to trade it for Christian. He also mentions Adam covering up Delia Abbott’s (Sophie Pollono) hit-and-run. The brothers bicker about each other’s character before the judge adjourns to mull over the new info.

Meanwhile, Phyllis Summers (Michelle Stafford) and Abby Newman (Melissa Ordway) work out the details of their deal. Abby pitches her hotel lounge idea and ultimately gets Phyllis to shake on it. Theo Vanderway (Tyler Johnson) chats with Phyllis next and insists Grand Phoenix would be a great name for the hotel. He notes that Phyllis rose from the ashes after all the Jabot drama.

Theo also begins texting some celebs to attend the opening. When Summer Newman (Hunter King) appears, she expresses discomfort over Theo working with Phyllis. Theo tries to soothe Summer’s concerns and suggests she should join in the fun. He wants Summer to do some networking at the event.

The Young and the Restless Spoilers – Kyle Confesses To Lola

At the coffeehouse, Kyle Abbott (Michael Mealor) confesses his fears to Lola Rosales (Sasha Calle). He was worried Lola wouldn’t want to marry him if he talked about his history. Kyle notes that his partying lifestyle brought a lot of women into his life. He talks about how they used one another. Lola still has concerns about Theo, but Kyle wants nothing to do with the self-absorbed ways of the past.

Nearby, Sharon Newman (Sharon Case) spots Chelsea Newman (Melissa Claire Egan) and gets an apology. She’s pleased that Chelsea’s at least owning up to bashing her in the head and hospitalizing her. Chelsea turns Sharon’s attention to her influence with Adam. She feels Sharon may be able to get through to him, but Sharon mentions her previous attempts and insists she’s done.

Chelsea feels Adam will be a lost cause if he takes Christian from Nick. She doesn’t think Sharon believes that, so she wants Adam’s other ex to take action. Outside Adam’s penthouse, Sharon considers knocking but walks away instead. Back with Chelsea, she meets up with Nick back at his place. He’s relaying his frustration and fears regarding the custody case when Adam walks in.

Young And The Restless Spoilers Tuesday, July 23: Adam Offers A Deal – Sharon & Chelsea Clash – Kyle Owns Up To His Past #yr #youngandrestlesshttps://t.co/RICrXrbUvF

Adam and Nick have another showdown, but Chelsea does her best to fix this. She feels there has to be another solution, so Adam pushes her to come home with him. If Chelsea returns to the penthouse with him, Adam notes that he’ll drop the fight for Christian. Chelsea isn’t interested, so the arguing picks back up. It isn’t long until Christian appears, so Chelsea takes him off to get a beverage.

Nick focuses on Adam again and makes it clear that he’s a force to be reckoned with. He urges Adam to replay the video and realize who he’s going up against! “The Young and the Restless” spoilers say some hot drama’s ahead. We’ll give you updates as other Y&R news and rumors emerge. Stay tuned to see what’s next in Genoa City.

The Young And Restless Spoilers: ‘Skyle’ And ‘Phick’ Double…