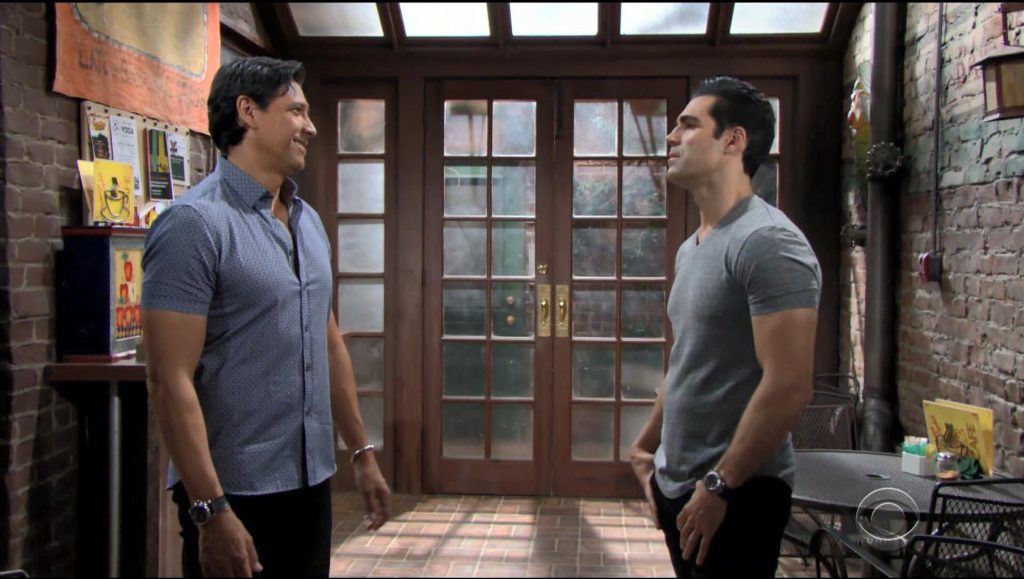 Nick will agree to help. They’ll then talk to Connor about his fight with another kid at school, and Connor will explain that the other kid said something about Adam, so he hit the kid. Nick will then explain about taking a breath and walking away in such situations.

Connor will then get Chelsea’s phone and dial Adam, but he’ll get Adam’s voicemail and cry. Chelsea and Nick will try to comfort him, and Chelsea will remind him about all of the loved ones who are happy to have him back in their lives. Nick will get Christian Newman (Alex Wilson) and Connor will agree to play a game. Later, Chelsea will say that perhaps Connor is turning a corner.

Meanwhile, at Crimson Lights, a man in sunglasses will look at a photo of Kyle on his phone. He’ll later watch as Kyle walks out. Back at Kyle and Lola’s apartment, Lola will get a surprise visit from her dad, Adrian Rosales (Jay Montalvo). He’ll have a black eye and say that he’s in trouble. Lola will assume the black eye was received over a woman, which Adrian will confirm. “The husband” will be looking for him. Lola will tell him goodbye and good luck.

Next on Y&R, Jack Abbott (Peter Bergman) and Traci Abbott (Beth Maitland) will be at the Abbott mansion doing research on their Abbott family book. Traci will relay that Stuart Brooks (Robert Colbert) had daughters, and later she’ll get a call from his daughter Leslie Brooks saying that she and her sister remember a letter from Dina Mergeron (Marla Adams) to Stuart from their archives.

Kyle will then arrive, and they’ll discuss the family research before Kyle wonders what Jack thinks about becoming a grandfather. Jack will be disappointed to learn that it was just a false alarm. Later, Jack and Traci will get the letter from Leslie and her sister, and as they read it, they’ll encounter a quote from Shakespeare in it. Jack will see smudges and will deduce that Dina was crying when she wrote the note. They’ll be puzzled.

Next on Y&R, Kyle will return back to the apartment to find Adrian there with Lola. Lola will warn that her father is about to ask for money and that they shouldn’t give it to him. Adrian will then ask for a place to stay, and Lola will storm out of the apartment. Adrian will then sweet talk Kyle, who will end up giving him a check and telling him not to hurt Lola again.

Later, Lola will be sick in the bathroom for a while, then she’ll eventually join Kyle in the living room. Kyle will wonder whether she’s disappointed that Adrian is gone. Lola will be worried about him, then talk will turn back to becoming parents someday.

Finally, on Thursday’s new episode of Y&R, Adrian will show up at The Grand Phoenix, and he’ll spot Traci, whom he’ll recognize from Kyle and Lola’s wedding. She’ll notice his black eye, and they’ll end up talking. He’ll go on about her being a best-selling author, and they’ll share a toast.