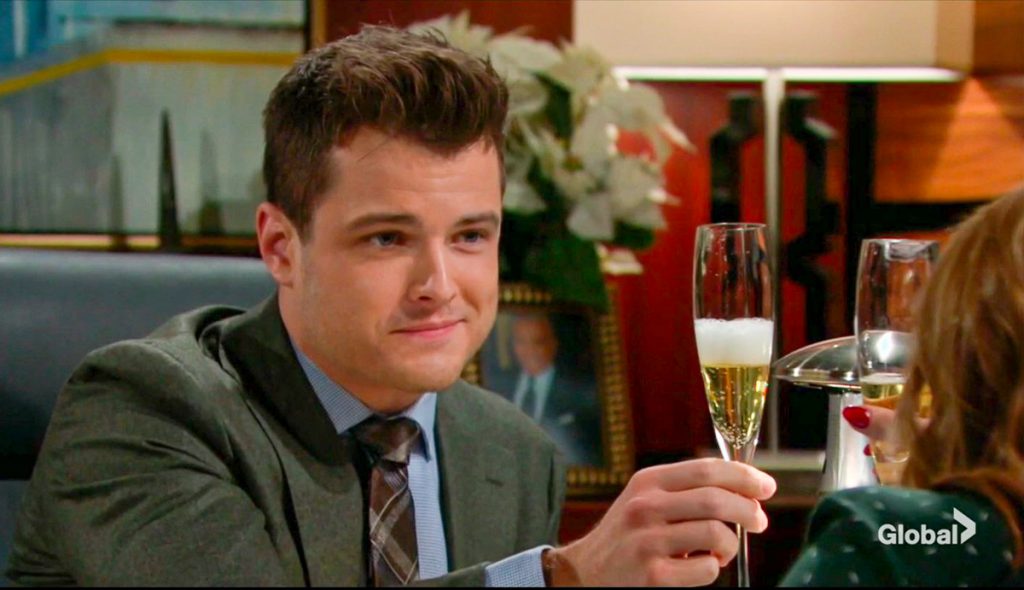 The Young and the Restless (Y&R) spoilers for Thursday, December 12, tease that Summer Newman (Hunter King) will question Theo Vanderway (Tyler Johnson) about what he’s up to. At Jabot, Theo’s hunting through papers when Summer appears. He mentions the notes Jack Abbott (Peter Bergman) left him before addressing the topic of Kyle Abbott’s (Michael Mealor) meeting with his dad.

Summer suggests that Theo will find out what they’re discussing if it goes well, but he thinks she’s keeping secrets. Talk turns to the opportunity Theo has at Jabot and how Summer doesn’t want to see him blow it. Theo’s confident that he won’t.

Meanwhile, Kyle lays down the law with Jack. He wants to be co-CEOS and may end up moving on if Jack doesn’t agree. Jack is taken aback, but he decides they’ll give the arrangement a try. At Devon Hamilton’s (Bryton James) penthouse, Mariah Copeland (Camryn Grimes) learns that Elena Dawson (Brytni Sarpy) made amends with Amanda Sinclair (Mishael Morgan). Devon suspects Nate Hastings (Sean Dominic) is the reason why and wishes he’d mind his own business.

The conversation shifts to Devon needing time to figure things out, but Mariah wants him to be careful about how he handles this with Elena. Next, Mariah has a warning for Lola Rosales (Sasha Calle). She mentions Summer and Theo’s split before urging Lola to watch out for Summer. Mariah feels like Kyle is too naïve when it comes to his ex.

Lola, Mariah and Theo are ultimately brought in the loop on Kyle scoring the co-CEO spot. Later, Lola quizzes Theo about his breakup and gets reassurance that it wasn’t about Summer and Kyle. After they discuss their career paths, Lola gushes over hopefully owning her own restaurant and having a house with a dog and kids. Theo’s certain that Lola’s going to make a great mother. 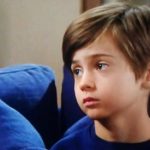 At Crimson Lights, Elena expresses her concerns to Nate. She’s afraid Devon’s Amanda issues are really Hilary Hamilton (Mishael Morgan) issues. Elena’s worried Devon will never be over Hilary, so Nate reflects on trying to put himself in Devon’s difficult position. However, Nate points out that Devon loves Elena. She’s hopeful that everything will work out.

Nate winds up stopping by to see Devon later, but Devon’s hesitant to open up. Nevertheless, Nate keeps pushing and gets Devon to admit things have been harder than he let on. Since Devon doesn’t want Elena to have to deal with his burden, Nate thinks he should talk to a therapist. Devon wants to focus on steering clear of Amanda.

Over with Victor Newman (Eric Braeden), he’s intrigued by the Amanda information he receives. Before making his way to Devon’s place, Victor pops in Jabot and congratulates Summer on her promotion. They discuss Summer’s breakup with Theo, who Victor had investigating when they were an item. He admits he had concerns about him.

Now that Summer’s single again, Victor gives her a pep talk about the right person still being out there. Maybe it’s somebody Summer already knows. Summer reiterates that she’ll try to forgive Victor for the fake death debacle. They wrap up their chat with a sweet hug.

Afterward, Kyle’s ready to break out the bubbly over his good news. Summer’s happy about Kyle scoring the co-CEO seat and mentions her split from Theo, which Kyle views as another reason to celebrate. Once Kyle heads home, Lola’s waiting with Champagne as well. She learns Kyle already had some with Summer and takes off her robe to reveal some steamy lingerie. Kyle’s pleased about his good day that’s about to get even better.

Back with Nate, he tells Elena about his conversation with Devon. Elena embraces Nate in gratitude while Devon gets another visitor. It’s Victor with the scoop on Amanda, who paid a company to erase her history. Victor explains that it happened around the time Colin Atkinson’s (Tristan Rogers) scam began. He wants to help right the wrong, so he gives Devon an informative dossier. Victor adds that they’ll catch Colin as well as Amanda if she served as his accomplice.

The Young and the Restless spoilers say Devon will dig deeper soon, which is bound to stir up more trouble. We’ll give you updates as other Y&R news and rumors emerge. Stay tuned to see what else is brewing in Genoa City.