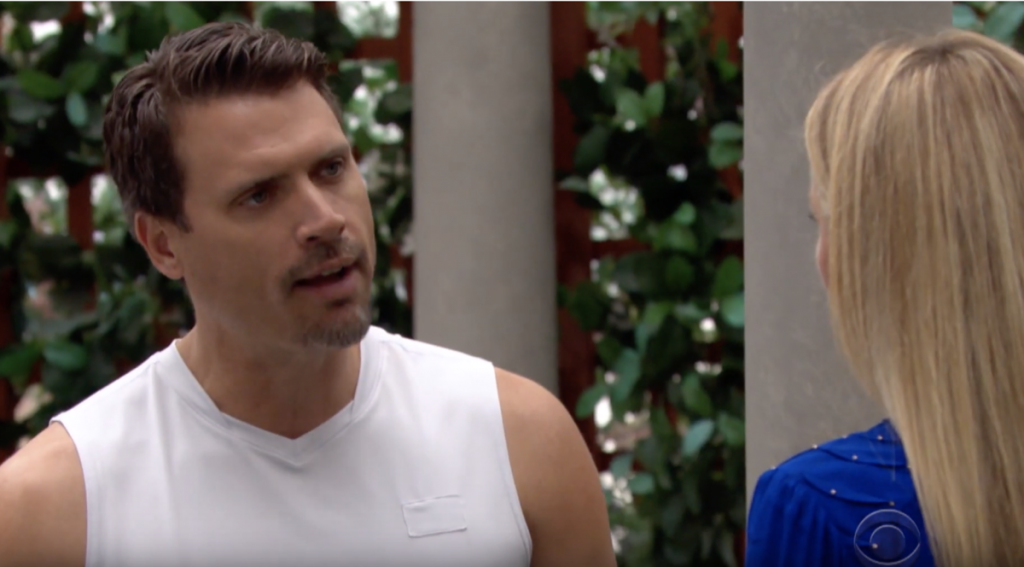 The Young and the Restless spoilers for Thursday, August 1, tease that Sharon Newman (Sharon Case) and Mariah Copeland (Camryn Grimes) will talk at Crimson Lights.

Meanwhile, at Society, Nick Newman (Joshua Morrow) will examine some sketches and muse to the designer that they’re exactly what he was looking for. Across the room, Tessa Porter (Cait Fairbanks) will talk with Lola Rosales (Sasha Calle), who will wonder what tonight’s celebration is going to be about, since Mariah called ahead and ordered champagne. 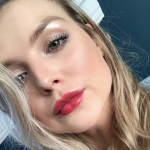 Next on Y&R, Abby Newman (Melissa Ordway) and Nate Hastings (Sean Dominic) will enjoy some time together at Nate’s place. They’ll have a nice dinner together, and then Nate will invite her to go to the Grand Canyon with him. Abby will respond by saying she doesn’t want to leave her restaurant and that she’s not ready for commitment, which will puzzle Nate. She’ll then abruptly leave his house.

Back at Society, Lola and Abby will chat about the troubles with relationships, and then Abby will text Nate saying that it was a great night and a great dinner, and that they should leave it at that for now.

Y&R Spoilers – Nick Newman Has A Proposition For Devon Hamilton

Next on Y&R, at Devon Hamilton’s (Bryton James) penthouse, he will give Elena Dawson (Brytni Sarpy) a book authored and signed by her favorite author, which will thrill her. Later, Nick will arrive and show Devon a logo for “New Hope,” which is an affordable housing project that Nick’s interested in working on. He’ll want Devon to be involved as well, and he’ll readily agree.

As Nick leaves, Nate will arrive and talk with Devon about Abby’s behavior earlier, when she fled from his house. Devon will try to reassure Nate. Then Elena will arrive, upset because she lost a patient – a welder died after a construction site accident and she’ll feel like she failed to save him. Nate will advise her about finding a balance and tell her that needs to get right back out there tomorrow.

Next on Y&R, Mariah will arrive at Society and relay the good news that her music video has one million likes. They’ll toast to her success. Lola will appear, only to be horrified to hear that Rey moved out of Sharon’s house. Afterwards, Mariah and Tessa will talk about what’s next and Mariah will tell her that some stars want to collaborate with her.

At Nick’s place, he’ll chat with Christian Newman (Jamie and Alister Tobias) on the phone. He’ll tell Christian that he loves him and that he hopes Christian can come home soon.

Finally, on Thursday’s new episode of Y&R, Sharon and Nick will have words. Nick will be upset that Sharon helped Adam by offering to be Christian’s guardian, and he’ll warn her about Adam being dangerous. They’ll bicker, and finally Nick will tell her that she needs to make a decision about being on Adam’s side or on everyone else’s side.