The Young and the Restless Spoilers: Summer Is Free – Kyle’s Rebound Dilemma 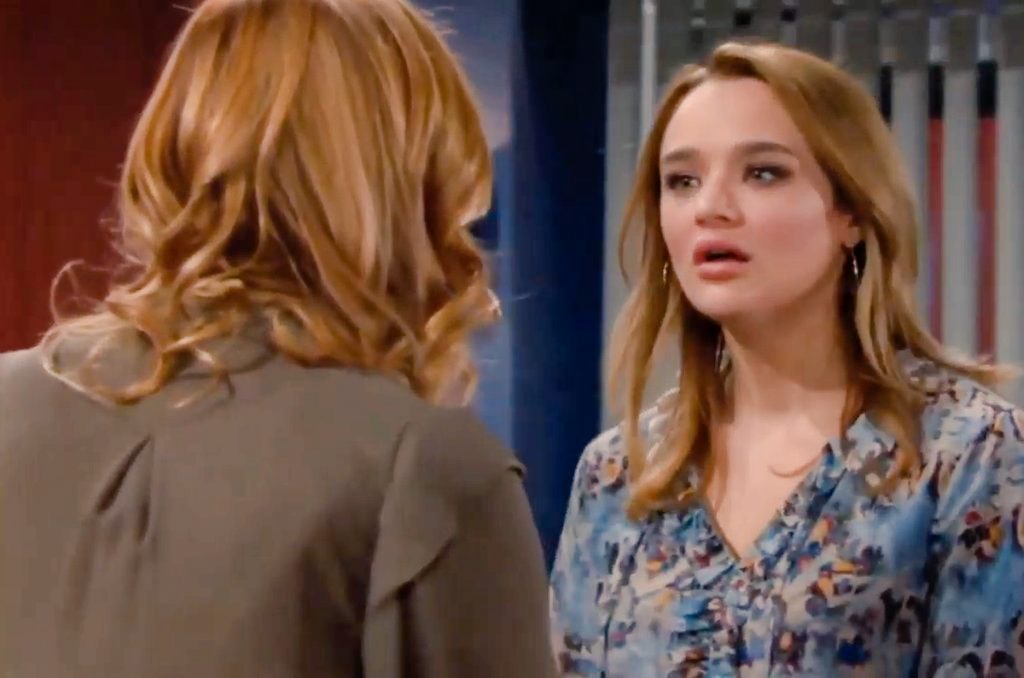 Summer Newman (Hunter King) was just somewhat dumped by Theo Vanderway (Tyler Johnson) on ‘The Young and the Restless’. He did that, in part, because of two things she recently said.

King’s character recoiled when Theo went to hug her at the office, telling him that they needed to separate their personal relationship from the shop. Later, she jumped to conclusions, believing that he wanted her to move in with him, when that didn’t appear to be, or actually wasn’t, his verbal intention.

As a result, after just beginning to grapple with Theo’s place as his cousin, Kyle Abbott (Michael Mealor) may need to deal with the emotional fallout Summer will be dealing with. Even though ‘Tummer’ doesn’t represent a deep relationship, Summer had come to care about Theo.

Kyle evolved into Summer’s supposed love of her life around the time that Lola Rosales (Sasha Calle) moved to Genoa City, Wisconsin. Viewers recall that she blew Mealor’s character off on countless occasions, to the point where he gave up on her.

Now, Summer is experiencing something that’s far less hurtful. She and Theo aren’t long-time soul mates, but rather a playful couple that has been developing their relationship.

She knows that Theo likes Lola, but Johnson’s character also feels that Kyle fills much of Summer’s heart. So, both halves of ‘Tummer’ aren’t fully into each other.

Kyle sincerely was struck by Lola when he first met her more than a year ago in the shadow of the Jabot building. He was buying lunch at a food truck, smartly named Living La Vida Lola.

They had some growing pains, by ‘Kola’ made it to the altar and completed the religious marriage ceremony. They’re planning to buy a home soon and start a family in the future.

Young And The Restless Spoilers – Influences Both Old And New

Summer’s love for Kyle was deflected by Theo’s interest in her. Kyle was generally happy with that, thought he’d rather not have Summer involved with his ex-friend.

Lola’s fondness for Theo is platonic, but there’s a clear path to something more if Kyle ever makes a mistake with Summer. The organ donation can’t be discounted though, as the gift Lola received from King’s character allowed both ladies to gain respect for the other.

Kyle allows his buttons to be pushed by Theo. So all it may take is for Mr. Abbott to believe that Mrs. Abbott is veering for something impulsive to happen with Summer.

The couple’s could also switch in an unexpected fashion as well, with Lola and Summer driving this daytime bus.

General Hospital Spoilers: Will Lucas Remember What Brad Told Him About Wiley?

The Bold And The Beautiful Spoilers: Should Quinn Worry Brooke Will Steal Eric?