General Hospital Spoilers: Will Lucas Remember What Brad Told Him About Wiley? 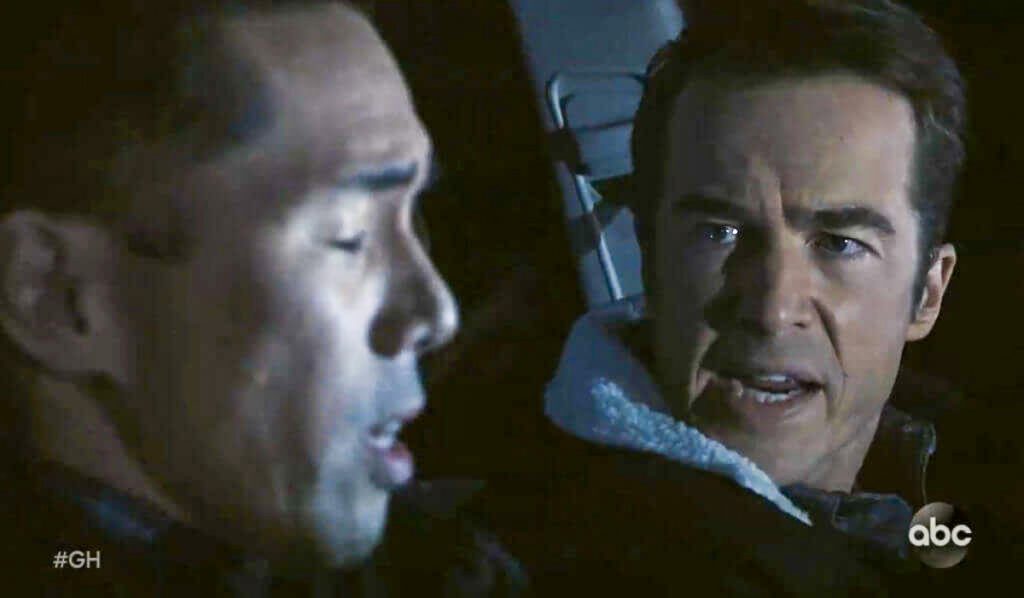 General Hospital spoilers tease that Brad Cooper (Parry Shen) may be nervous and on edge once again if he starts to wonder if his husband Dr. Lucas Jones (Ryan Carnes) will remember what he told him about their adopted son, Wiley Cooper-Jones (Erik and Theodore Olson) when he comes out of his coma, namely that Wiley is really Jonah Corinthos! After all, as General Hospital viewers know, Lucas’ coma may be giving Brad another chance to keep the baby swap secret!

Brad told Lucas the truth about Wiley right before they crashed into Kendra Lennon’s (Michelle Argyris) car, killing Kendra, but saving Alexis Davis’ (Nancy Lee Grahn) life. However, Lucas was more severely injured than Brad, and now he is in a coma and it is not sure if he will come out of the coma or even be able to breathe on his own.

The next step in his treatment is to take him off life support to see if he is able to breathe on his own, regardless of whether he comes out of the coma or not. Right now, Brad just wants Lucas to survive and come out of the coma, and it may not occur to him that he has a second chance to keep the secret of the baby swap if Lucas doesn’t remember what Brad told him when he does wake up.

Brad definitely told the truth when he told Lucas he wanted Wiley too much, right before he told him he was really Jonah, although General Hospital viewers will recall at the time when the swap took place he was all about how would he tell Lucas the baby they adopted died, and how upset Lucas would be.

In reality, of course Lucas would have been disappointed but it was Brad who wanted a baby all along, and they did have to go through a lot to be approved to adopt the baby, so finding him dead in his crib was a terrible outcome, not only for the baby himself but for Brad and he just didn’t know what to do! When he encountered Nelle Benson (Chloe Lanier) with her newborn, he gladly accepted her offer to take Jonah in exchange for Wiley!

Brad had the opportunity to come clean with Sonny and Carly Corinthos (Maurice Benard, Laura Wright) and Michael Corinthos (Chad Duell) since the wreck and chose not to. What makes him think if Lucas remembers what he told him when he came clean when he comes out of the coma that he will keep the secret along with Brad?

General Hospital viewers know that Lucas will not keep Michael’s son knowing he’s Michael’s and that he will give him back! However, because of Brad’s coming clean immediately before the crash happened, chances are that Lucas’ mind will block it out and Brad will realize that he doesn’t have to give Wiley up after all! But Brad will always be afraid that Lucas will remember!

Days of Our Lives Spoilers: Lani and Kristen Scheme to Get Back What is Rightfully Theirs

The Young and the Restless Spoilers: Summer Is Free – Kyle’s Rebound Dilemma