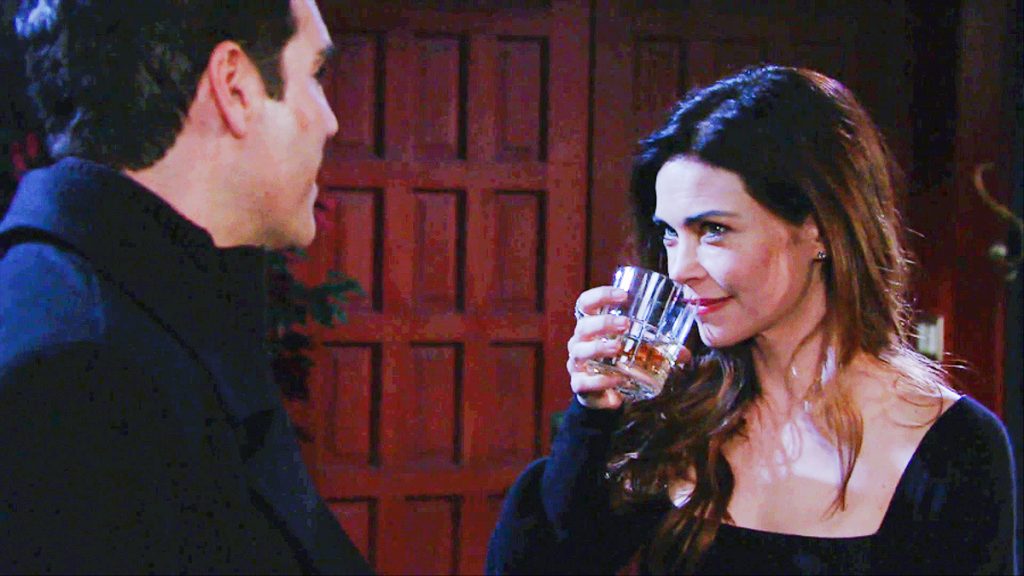 The Young and the Restless (Y&R) spoilers tease that Rey Rosales (Jordi Vilasuso) and Victoria Newman (Amelia Heinle) had a conversation on Wednesday’s episode, which gets the viewers buzzing about a possible love connection.

Their conversation was pleasant, and it showed a different side to Rey. Instead of hanging around Sharon Newman (Sharon Case) and waiting for her to give him the time of the day, he chatted with Victoria and the fans cannot get enough of it.

So far, the Y&R spoilers don’t suggest any coupling, but the soap fans are excited about the possibility. Here’s what you need to know about what’s coming up on Y&R.

Young & The Restless Spoilers – Sharon Newman Is Busy With School

As the Y&R fans have seen the past several weeks, Sharon has been busy studying for her MSW. She has spent all her free time crunching for time and making sure she aces all her final exams.

Sharon has worked really hard studying and reaching her goal of being a therapist. She refuses to let anything, or anyone get in her way. While she loves Rey, she expects him to understand that she is driven to finish school and start her new career. Thankfully, Rey understands the pressure she is under and supports her in any way he can.

But with Sharon busy studying, where does that leave Rey?

Billy Abbott (Jason Thompson) is spiraling downward, but no one has figured it out quite yet. Victoria sense something is off, but she thinks he is still adjusting to resigning from Jabot. She keeps encouraging him in his employment search.

Little does she know, his mental illness is becoming a problem again, and unless he gets a handle on it, he will have a relapse and could go off the deep end again.

Instead of paying attention to Billy, the Y&R fans can see her slowly fall for Rey. Who could blame her really? Rey is handsome, he’s a cop, and he has a gorgeous smile.

So far, the Y&R spoilers have not disclosed a love connection between Victoria and Rey. It merely a fan speculation that many can see happening. Would you like to see Rey and Victoria as a couple?

Don’t forget to come back later for more the Young and the Restless (Y&R) spoilers, news, and casting updates!