‘The Young and the Restless’ Spoilers: Summer Frazzled By Phyllis’ Absence & Kola! Will She Be Able To Cope? 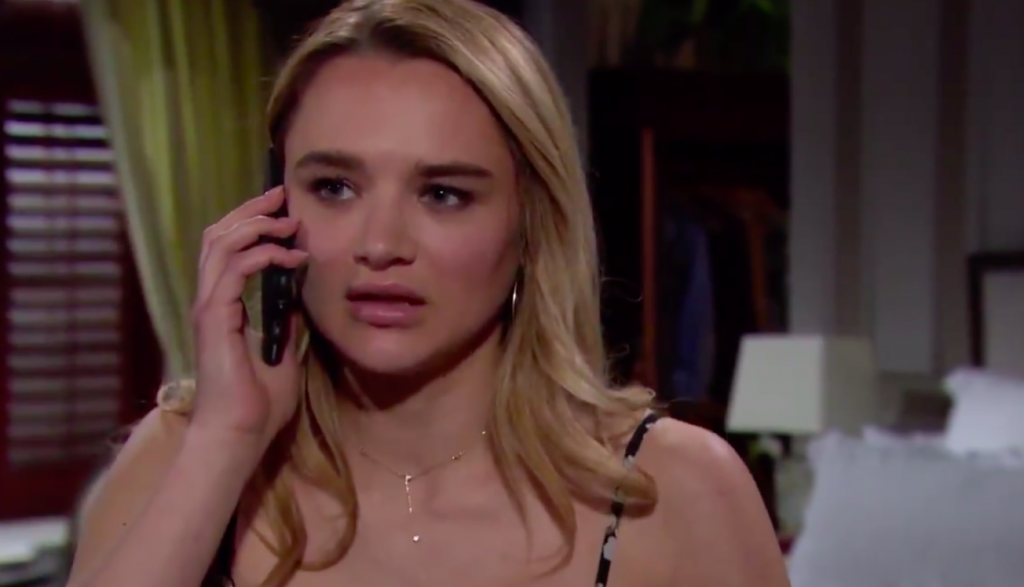 The Young and the Restless spoilers tease that Phyllis Summers’ (as to be played by Michelle Stafford) mysterious absence will continue to frazzle Summer Newman (Hunter King). That, combined with Kola’s engagement, should give pause to Kyle Abbott (Michael Mealor) and Lola Rosales (Sasha Calle).

Lola saw that something was wrong with Summer. So she sat down with King’s character, who is also her liver donor, at Society. It was then that she learned Summer’s fears about Phyllis.

Summer misinterpreted Lola’s concern as something else, which is linked to ongoing jealously regarding Kola’s existence. But, until this week, that engaging couple wasn’t actually engaged.

The idea that Kyle impulse-offered to marry Summer if she would give half her liver to Lola is still a bit too much. Of all the possible pitches Kyle could make, Y&R had him say that? But soaps are steeped in the suspension of disbelief. So fans accepted Kyle’s foolish offer, which Summer quickly accepted, and moved forward with the storyline.

Seeing Kyle with Lola has always annoyed Summer. But she believed that Kola wouldn’t last longterm, as Kyle would realize that Lola wasn’t his match. That theory hasn’t proven true to-date.

The seemingly planned future, where Kyle and Lola eventually marry, will serve to humiliate Summer. Instead of simply being agitated by the development, Summer could easily increase her response. That will be fueled by the unease her mother’s disappearance is causing.

Kyle still has feelings for Summer, but they seem more like fondness and maybe, pity, than love at this point. Actually, he seems to believe that this former love is wandering through life, reverting to being reckless.

Summer’s recent pitch to Jack Abbott (Peter Bergman) had him agree to remove Kyle from a key project that she and Mealor’s character had been working on together. That was a reversal of what Summer would have requested in the recent past.

Theo Vanderway (Tyler Johnson) may prove to be more than Summer’s latest Kyle replacement. The time she and Theo spent together after a night of hard drinking may result in a lifetime connection between the two. If that proves true, Summer would have a hard (if not impossible) time proving that Kyle is in a fatherly way. Whether Johnson’s character is recurring, or more than that will be the key tell in this potential plot development.

Meanwhile, until Stafford’s return to the screen is seen, Summer will remain unsettled. That’s a problem for Kyle and Lola, as they’ll soon know.

Days Of Our Lives Spoilers: Ted Tells Fake Nicole About Holly’s Fake Death! Will The Truth Ever Be Revealed?

‘The Bold and the Beautiful’ Spoilers: Flo Asks Thomas To Tell Steffy The Truth- Will It Ruin The Rekindling Between Liam And Steffy

The Young And The Restless (Y&R) Spoilers: Cyaxares Reignites Old Rivalries And…

The Young And The Restless (Y&R) Spoilers: Mariah Under Pressure With Two…