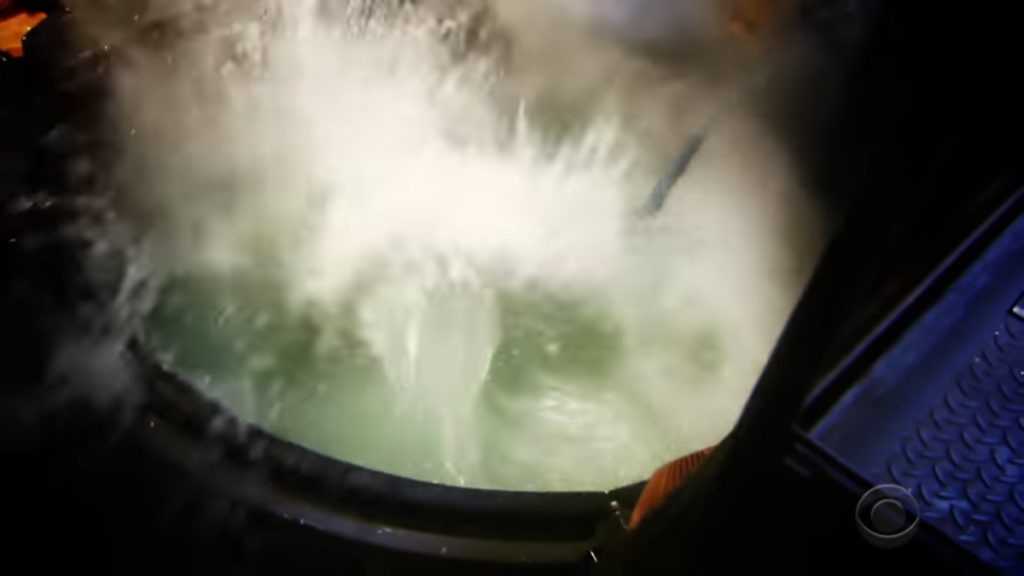 The Bold and the Beautiful spoilers reveal that Hope Logan (Annika Noelle) gets involved in a dangerous game. Teased that there will be a major character death, perhaps it isn’t Thomas Forrester (Matthew Atkinson) or Hope. Here is a theory that suggests Thomas may survive after Hope thinks he’s dead.

It is teased that Thomas and Hope’s meeting after hours at Forrester Creations may have dire consequences. At some point during the meet-up, they go on a frantic chase and Hope loses sight of Thomas. She begins to fear the worst and the chemical vats that were shown to Ridge Forrester (Thorsten Kaye) might hold a clue.

The Bold and the Beautiful spoilers suggest that Hope comes across the acid containers. She must think that Thomas has fallen in because she fears the worst. Maybe an item of his clothing is nearby? Maybe he falls near the vats or is setting her up to think that he has died? Or perhaps he does the unthinkable and makes Hope believe that Douglas fell in the acid containers? Anything is possible.

If Thomas is alive, then he must either be in hiding or unable to get out of his current predicament. Steffy Forrester (Jacqueline MacInnes Wood) notices that her brother is missing. Then, Ridge confronts Hope demanding to get answers about Thomas. When Brooke Logan Forrester (Katherine Kelly Lang) gets involved in the volatile discussion, she covers for her daughter.

Then, Ridge finds out about Thomas’ indecent proposal, which has his head spinning.

B&B spoilers reveal that Hope gets to be a mother to Douglas, but for how long? Ridge and Steffy will fight this, even if Thomas is missing. Perhaps Thomas plans on framing Hope for attempted murder as a way to get her out of his son’s life? In any case, this story is far from over.

What do you think is going to happen with Thomas and Hope? Are the acid containers a clue that the chemical containers become a part of the storyline?