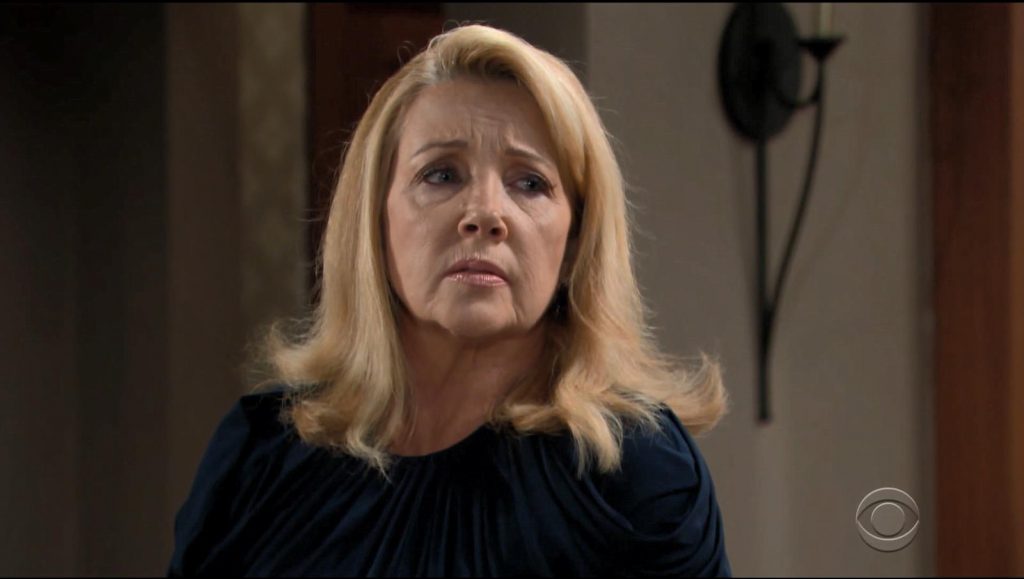 The Young and The Restless spoilers tease that Nikki Newman (Melody Scott Thomas) will reveal a secret. Her husband, Victor Newman (Eric Braeden) also known as “The Mustache” lives! Here’s what you need to know.

Longtime viewers of The Young and The Restless will remember that Victor has faked his death several times before, four to be exact, over the years. Viewers will also note that the conversation Nikki and Victor had before the family meeting could have pertained either to his health or his relationship with Adam Newman (Mark Grossman). Especially the part about having tried different things and continuing to fight!

The Young and the Restless Spoilers: Nikki Turns To Paul For Help To Find Out Who Tampered With Victor’s Meds

Several clues exist in the episode where the family meeting took place and Victor collapsed and reportedly died; when the blood tests came back, Dr. Nate Hastings (Sean Dominic). Victor went into Victor’s office to discuss them. Nikki herself may have been brought in the loop later but Victor wanted to discuss something privately with Nate. Nate had reason to want to get back at Adam also, since Adam had stolen his hospital tablet and he suspected it was to get at Victor’s medical records, since Adam had previously asked him about his father’s health and Nate couldn’t tell him very much because of HIPAA (patient privacy) rules. Then there was the fact that Nikki even invited Adam to the family meeting at all; that was highly unusual, since Victor tends to exclude Adam and none of the family trusts him!

Viewers will have noticed that Victor’s body was taken away without further lifesaving efforts, and when Abby Newman (Melissa Ordway) called 911 she told them there was already a doctor there who couldn’t find a pulse! Even though Nick Newman (Joshua Morrow) was there and available, it was Adam that Nate asked for assistance in getting Victor off the couch and flat on the floor! That could have been a maneuver to make Adam realize that he is responsible for Victor’s dire situation and put him on a guilt trip! Victor has been known to take much worse forms of revenge on enemies, and has done all he can do to get along with Adam, but more importantly, to control him! Nothing so far has worked to change Adam!

Y&R Spoilers – Will Nikki Newman’s Reveal Be To The Newman Family, Or To Someone Else?

Will Nikki’s reveal that The Mustache is alive be to the Newman family, or to someone else? Will the whole family be in the loop and then Nikki invites Adam to another “family meeting” where Victor comes out alive and confronts him, possibly with the police waiting with an arrest warrant? This sounds like something the famous “Mustache” might cook up to not only scare Adam and put a guilt trip on him, but for a very satisfying payback!

Days of Our Lives Spoilers: Kristen DiMera Demands Xander Help Her – What Evil Scheme Has She Come Up With Now?