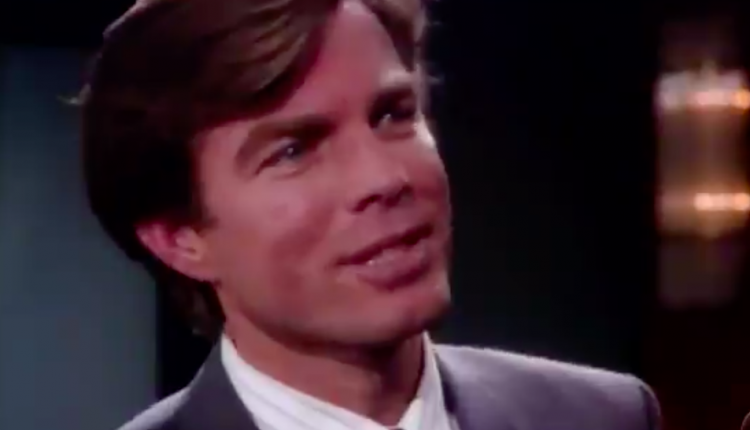 The Young and the Restless (Y&R) spoilers for Monday, November 25, tease that the CBS soap will honor Peter Bergman’s (Jack Abbott) 30th anniversary. A very special episode is on the way, so Y&R fans won’t want to miss all he flashbacks and Abbott family moments. Let’s talk about what’s in store for Monday’s show.

At the Abbott mansion, Traci Abbott (Beth Maitland) lets Jack know Ashley Abbott (Eileen Davidson) is arriving early for Thanksgiving. She gives him the memoir they’ve been working on, which is now complete. Traci wants Jack to read it and fill her in on what he thinks. Jack’s eager to dive in and gets emotional over the preface. He reads about their labor of love and begins the story of the Abbotts.

Jack remembers John Abbott’s (Jerry Douglas) promise to their family after the destruction of his marriage. He wanted to be the best father possible to his kids. Jack has a flashback of John as well as one of Dina Mergeron (Marla Adams), who returned wanting to reunite with John and rebuild the fam. Jill Abbott (Jess Walton) and other obstacles landed in the path of that reunion.

Jack reflects on telling dying John that he’d look after the Abbotts. He also thinks back to Dina assuring Jack of her love after her Alzheimer’s diagnosis. The next portion of the book focuses on Jabot, so there’s talk about troublemaking Victor Newman (Eric Braeden) along with some family battles. Jack remembers using the blood-Abbott clause against Ashley, but the book clarifies that they’re now running the company together.

There’s also a chapter on the rivalry between Victor and Jack, which has intertwined the Newman and Abbott clans for years. Jack recalls plenty of clashing, including when Victor had a heart attack during one of their showdowns. He also has a flashback of the famous scene there he threw the CEO chair through the window. Jack reads that the rivalry has died down, but time will tell if it’s a paradigm shift or just another calm before the storm.

Next, the book spends some time on Jack’s love life over the years. Jack flashes back to some moments with Nikki Newman (Melody Thomas Scott) – like the time they discussed the death of their baby, whose heart saved another infant’s life. Then, there was Phyllis Summers (Michelle Stafford). They were drawn to each other many times, so “Red” was always a strong presence in Jack’s life. His memories include struggles with cheating and addiction.

After Traci comes home with Ashley and Billy Abbott (Jason Thompson), Jack is encouraged to keep reading. He recalls giving Kyle Abbott (Michael Mealor) his grandfather’s cufflinks before having a flashback of Billy, who was trapped in The Underground collapse. Jack and Billy had been feuding at the time, but Billy’s harrowing experience caused them to make amends.

In another flashback, Traci talks about John’s nickname of “My Beauty” for Ashley and the effect it had on her. Jack also recalls offering Ashley an apology for the blood-Abbott clause and the reason behind it. He didn’t want to compete with his sister. Jack finishes reading the good, the bad and the ugly before everyone wipes away their tears.

Kyle, Dina and Abby Newman (Melissa Ordway) are all on hand eventually. After everyone praises Traci for the creativity she put into the memoir, she insists her co-writer deserves praise, too. Jack feels like he learned so much from the experience of writing this. He gives a speech about how much his family means to him and expresses his gratitude. Jack caps things off with a toast to the Abbotts in the past as well as those to come.

The Young and the Restless spoilers say a fantastic tribute is on the way, so don’t miss it! We’ll give you updates as other Y&R news and rumors emerge. Stay tuned to see what else is ahead in Genoa City.