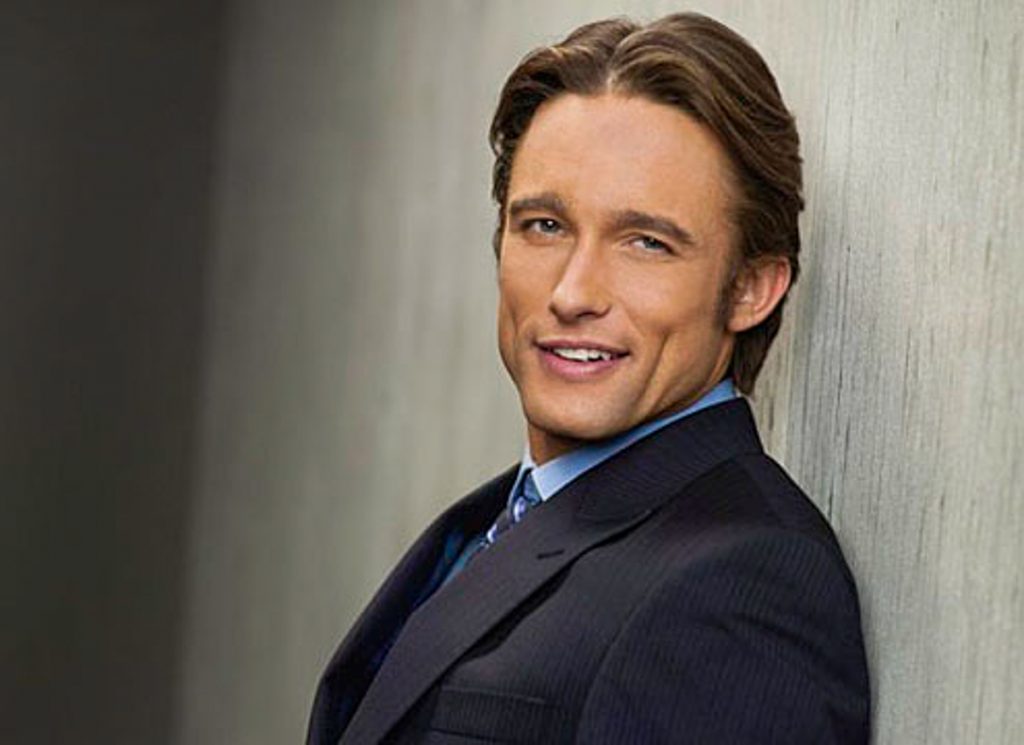 Days of Our Lives spoilers tease that Days of Our Lives fans may soon be seeing Philip Kiriakis again – as portrayed by Jay Kenneth Johnson, who portrayed him from 1999-2002 and again from 2001-2011. The character was last seen in 2016 when John-Paul Lavoisier played him.

Lauren Koslow, who plays Kate Roberts, posted a photo of herself and Jay, who first appeared as her teenage son, on her Instagram account. The post has since been deleted but a fan had captured the photo, which stated that Lauren was catching up with him, and he had been at the studios for an interview. Since she deleted the post, it is not written in stone that he will reprise Philip on the regular Days of Our Lives program, but it’s possible.

It is more likely that he may be seen on “The Last Blast Reunion” which is the upcoming Days of Our Lives digital series set to begin on November 29 on the DOOL app. If this series follows the pattern of “Chad And Abby In Paris” then it should be available on nbc.com as well, starting a week after the DOOL app premiere. Fans should check the DOOL app for details.

Philip Kiriakis Is The Son Of Kate Roberts And Victor Kiriakis

Philip is the son of Kate and Victor Kiriakis (John Aniston), and should be in his mid-thirties now. He is a businessman, former Marine, and former ISA agent. He was formerly married to Belle Black (Martha Madison) and Melanie Jonas (Molly Burnett) and has one child given up for adoption, Tyler Wilkens (Gabriella and Thalia) with Mimi Lockhart (Farah Fath).

He was, at one time, thought to be Claire Brady’s (Olivia Rose Keegan) father, and her real father was discovered to have been Shawn Brady (Brandon Beemer) when baby Claire needed a liver transplant and Philip was not a match. Claire wound up getting Zack Brady’s (Garrett and Spencer Gray) liver when he was killed in an accident.

Philip later supported Chloe Lane (Nadia Bjorlin) when she was suffering from depression and rescued her from a suicide attempt, when she jumped into the Salem River hoping to drown. Philip later moved to Chicago. Over the years, although he was a hero to Chloe, he was not the most stand-up guy, having planted drugs on a rival’s shipment, withholding evidence on a kidnapping from the police, and withholding information from the police that Brady Black (Eric Martsolf) had unlawfully imprisoned Vivian Alamain (Robin Strasser, at that time played by Louise Sorel) in a sarcophagus.